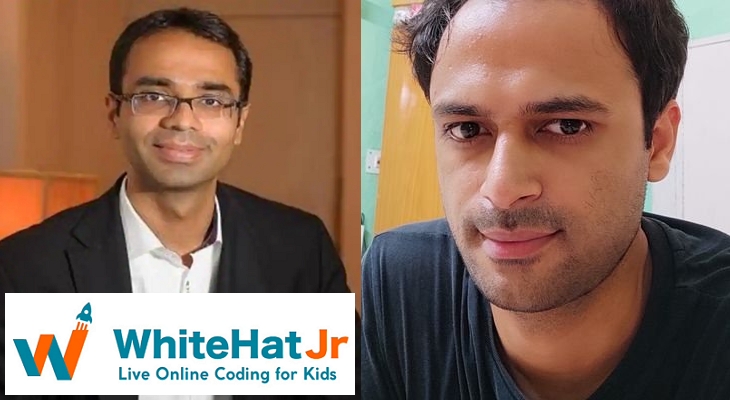 EdTech start-up WhiteHat Jr has retracted its defamation case which was worth ₹20 crore against its critic Pradeep Poonia.

WhiteHat Jr. which is now owned by another EdTech start-up Byju’s had earlier filed a defamation case against software engineer Pradeep Poonia last year in November 2020 in Delhi High Court.  WhiteHat Jr. pressed charges of defaming and spreading misinformation about the start-up against Poonia.

The company had also blamed Poonia for encroaching on trademarks and copyright of properties owned by WhiteHat Jr by using a YouTube handle by the name of WhiteHat Sr.

This suit was filed against Poonia’s statements against Wolf Gupta which was an imaginary character shown in their advertisements which created by WhiteHat Jr itself for its marketing campaign.

In the advertisement, Wolf Gupta was shown showed getting a job with Google after learning coding from WhiteHat Jr. The company however removed Wolf Gupta’s character from its advertisements afterwards. Poonia had also called the start-up’s instructors “uneducated” and “housewives”.

Delhi High Court, in its hearing last year had prohibited from broadcasting any information that he obtained by hacking the WhiteHat Jr’s servers and refraining from helping people to take down the content of WhiteHat Jr. The court also prohibited Poonia from using his social media handles and YouTube channel- WhiteHat Sr. His tweets posted on September 12, 2020, with defamatory comments on WhiteHat Jr instructors and on September 5, 2020, calling the company a pyramid scheme, along with several other tweets in September and October were asked to be taken down too.

The company withdrew the case before Delhi High Court could give any verdict on it.

However, Byju’s or WhiteHat Jr. declined to comment on any of this.

Pradeep Poonia wrote about his victory on a LinkedIn post. “Guys, WE WON!
WhiteHatJr withdrew their case before Delhi High Court.
This is a win for every one of us. Corporates like WhiteHat Jr and BYJU’S, social media platforms like Twitter, Facebook, LinkedIn, Quora, and YouTube aren’t above our freedom of expression.” He said.

He also tweeted about this with a screen shot of the LinkedIn post saying- “Guys we won. WhiteHat Jr withdrew their 20 crore defamation lawsuit against me. Be the change you want to see, it’s as simple as that.”

While giving an interview, Poonia said- “WhiteHat Jr withdrew their case against me before the Delhi High Court. This is a lesson that corporations like WhiteHat Jr and Byjus, and social media platforms like Twitter, LinkedIn, Quora, and Youtube can’t dictate terms.”