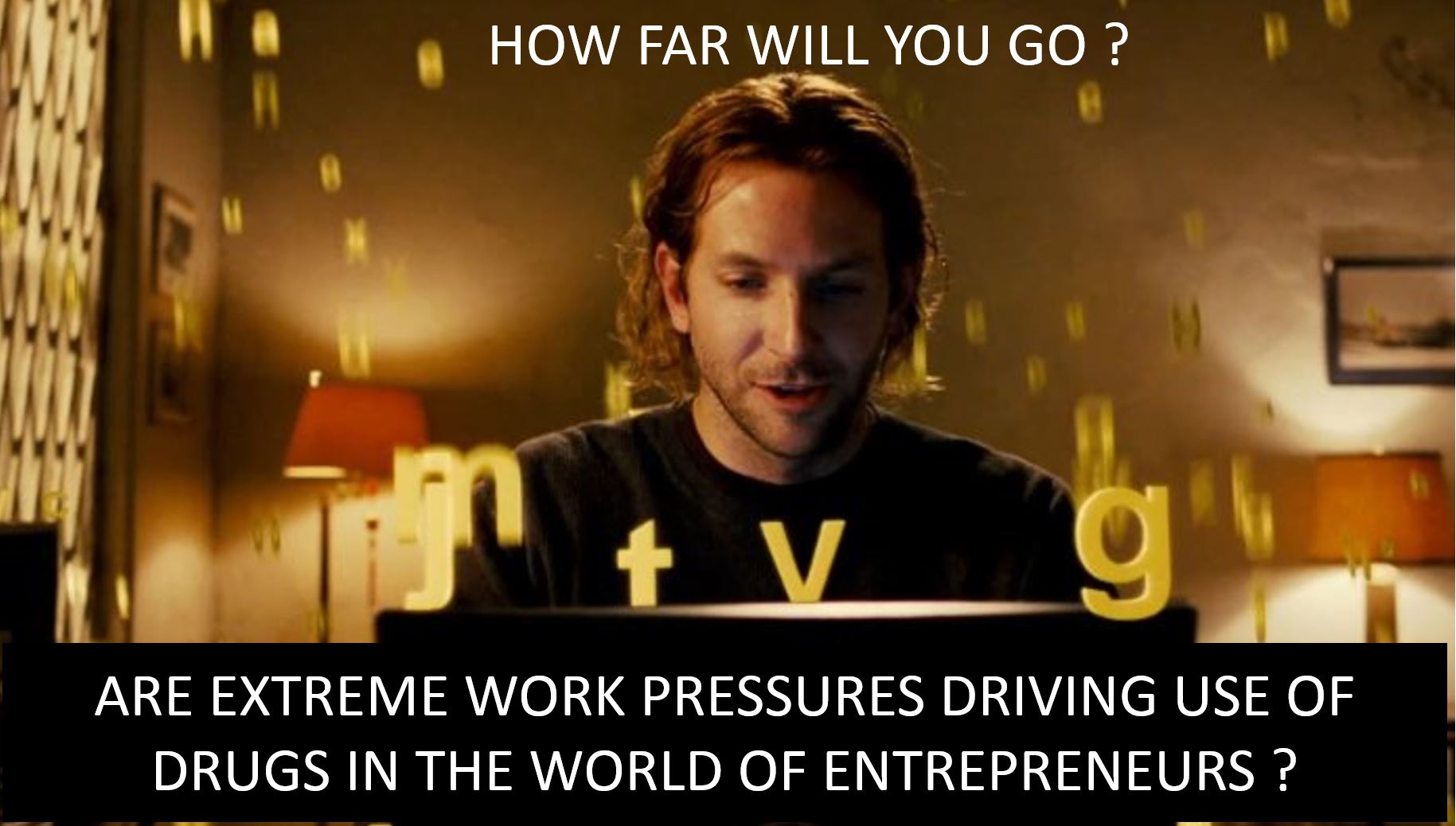 For those who have seen “Limitless” , the pill named NZT-48 which enables Bradley Cooper to attain super nirvana and utilize his brains to the maximum would be on the wishlist of every executive. The post is not about movie reviews neither it is about new age discoveries in lab. It is about the present. Frequent drug abuse for multiple purposes  by entrepreneurs have been showcased in multiple movies . Most recently “Wolf of Wall Street” showed how  Jordan Belfort (the real life entrepreneur and stock trader played by Leonardo Di Caprio) used a deadly combination of drugs. The list goes on – Morphine, Oxycodone, Klonopin,Xanax, Soma and most hyped “Quaaludes-(–Invented by Indians for treating malaria)”.  Most of them were recreational, some for stress relief and some of them were to kill the effects of the others in the morning. Many of them are also banned and strictly by prescription only.This was somewhat common between high paying executives on Wall Street. Those were the old days.

Are the modern day startup entrepreneurs and executives using some kind of drugs. The truth is that some of  them are , especially in a do or die situation. They  are continuously worried about the burn rates, next round of capital infusion, success of the products, MVP, scaling, growing, managing multiple tasks etc . Everyone wants an edge over the other.

This post is not about “Limitless” or “Wolf of the Wall Street” . The post takes inspiration from numerous articles- TechCrunch, CNN, Guardian about surge of new smart drugs and their rampant usage in Silicon Valley by entrepreneurs.

The so called smart drugs have a urban slang name – which you should all get used to “Nootropics” or mind supplements. These new age medicines are designed to provide more focus, attention, kill your sleep, reduce anxiety, increase short term memory, increase energy, concentration etc.

And don’t get me wrong these are not snakeoils, however how effective it is, is a different matter. Infact some of them are used by US military forces especially Fighter Pilots to be alert . However the actual purposes of the ingestion of most of these drugs where different. They were originally designed for Narcolepsy, Alzheimer, Parkinson, Dyslexia, ADHD, Amnesia etc .

But people have found new uses for these . These are now fueling many of the Silicon Valley executives. Some even take a combination of drugs to increase the potency and some cycle through different drugs to avoid tolerance.

There were drugs that were used for similar purposes earlier also like Ritalin, Adderal, Piracetam, Cetam etc. These had major side effects and some had addiction problems. 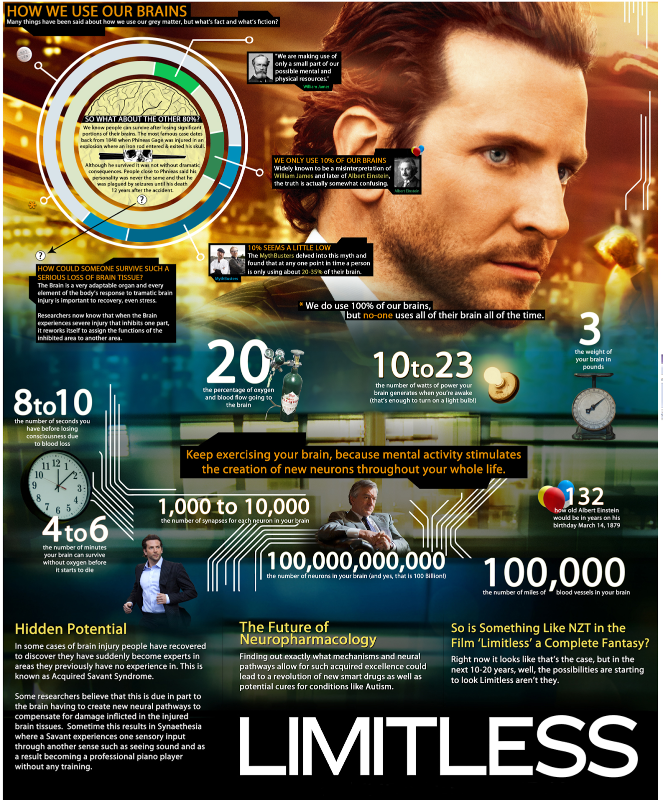 Note: Don’t believe in what is written in movie poster. That is crap. Read below the real possibilities. And there is no NZT as of now.

The newest baby in the market christened even by some as the “NZT” pill is  Modafinil (chemical name) designed originally for ADHD , narcolepsy , shift workers but now this is the choice of top executives in Wall Street and Silicon Valley. As per the users it keeps you awake without feeling the need to  sleep, keeps you focused and alert, gives a a feel good factor and in the end gets the work done. Thousands of people have “claimed” to be benefited. The key important factor is that this one is not addictive and as users claim-” feels like taking 4-5 strong coffees all at once, but the drug doesn’t give you the jerkiness which comes afterwards from excessive caffeine intake”.

Now you may think so what – it happens in US only . But here comes the surprising part. In US the drug is strictly by prescription and in India it is not.

Which will make you think , Indians don’t do these things. Remember we Indians are very competitive. While Delhi and Mumbai elite people like their recreational party drugs like Amphetamine,Ecstasy,Yaba,Ice  etc .

The Modafinil finds it usage first among medical students . Obviously they get to know about drugs and usages first. Slowly it spread amongst students preparing for engineering, medical exams and last day exam cramming students of engineering and various other professional courses. The competition is tough in India. During the BPO boom in India , the drug usage was rampant for night shift workers. Long term effects are still not known for these.

The most surprising part if you  go through any literature/ wiki of the medicines in Neuroscience and Psychiatry you will find a Bold Heading called “Mechanism of Action” and underneath you will read –” we do not know the exact mechanism of action but we believe  so and so“.

Several articles have been published in leading news dailies about the usage in India -including Times of India and DNA.

The ethical question is do we have a level playing field in that case ??Isn’t this same like using steroids etc during an Olympics competition ?

And  the long term effects are still not known.

Any suggestions will be appreciated :

Citations: (there are hundreds , I have listed a few)

(Disclaimer: All views expressed and content in the article belongs to the author. Techstory is not responsible for the contents in the article.)