Until the monsoon arrived in June, many parts of India were suffering from acute water shortage. This was due to deficient monsoons in the previous years. But, the hydrological cycle makes sure that a substantial quantity of water is present in the earth’s atmosphere in the form of water vapour anywhere on the earth. What if we could harvest this water irrespective of where you are, using a small and portable device?

Well, a 22-yr old Indian engineering student, Jawwad Patel has invented a device and named it ‘Dewdrop’ which converts atmospheric moisture into potable drinking water. It is just a bottle which just fills and refills itself on its own. Dewdrop sucks air using a fan, filters dust, condenses moisture using Thomson and Peltier effect, mineralizes water and stores it for drinking. It is a 3D printed device. 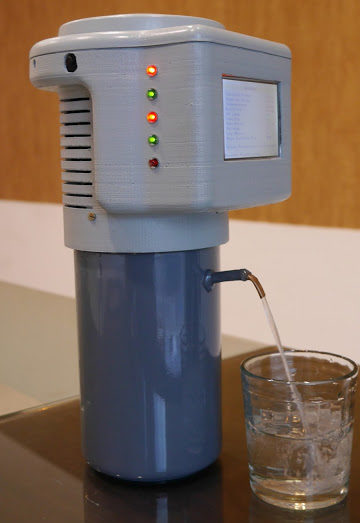 Dewdrop weighs about 900g which makes it easier to carry anywhere one goes. The device is powered by a 12V 6000 mAh Li-ion battery. It can generate about 1.86l/hr of potable drinking water. Jawwad says it can generate at least 1.2l/hr in desert-like areas. He has also devised the interface to control the operation of the device which includes sensors which detect humidity, temperature and other factors.

Jawwad is working on the next version of the product in which he is planning to incorporate a solar cell to power it and also provides the user the choice of hot or cold water.

The need for such a device struck him when he visited Latur, a small town in Marathwada region of Maharashtra where people were literally surviving without water. It also assuages the drinking water needs of the people who trek in mountains, camp in deserts and forests, fish in the sea, and work in mines or remote areas.

Fontus and Water-gen are some firms which have already invented devices which convert atmospheric moisture to water using a different technology. Fontus is a Vienna-based start-up. Their product Fontus Airo is a water bottle which is solar-powered, consisting of a condenser which is connected to a series of hydrophobic surfaces that repel water and water ultimately gets collected in the bottle.

Water-gen is an Israel-based company that designs water supply based solutions for both defence and civilian-based applications. Their product the Atmospheric Water Generation (AWG) unit works by dehumidifying air as in air-conditioners. AWGs sucks air, cools it down thus condensing water and recycles cold air that can be used to cool water even more. AWGs can be mounted on ground or even in vehicles. An AWG can yield up to 450l of water per day.

Apart from Dewdrop, this Hyderabad-based Jawwad Patel has many other smart innovations to his name. Some of them are a smart lock, smart irrigation system, solar car and a quadcopter which can be checked out in his site Jawwad Patel Lab. Most intriguing of them is the Smart helmet, which he designed after his cousin met with an accident. This smart helmet is paired with the bike in such a way that the bike would start only when the driver has worn his helmet and  he is not drunk. 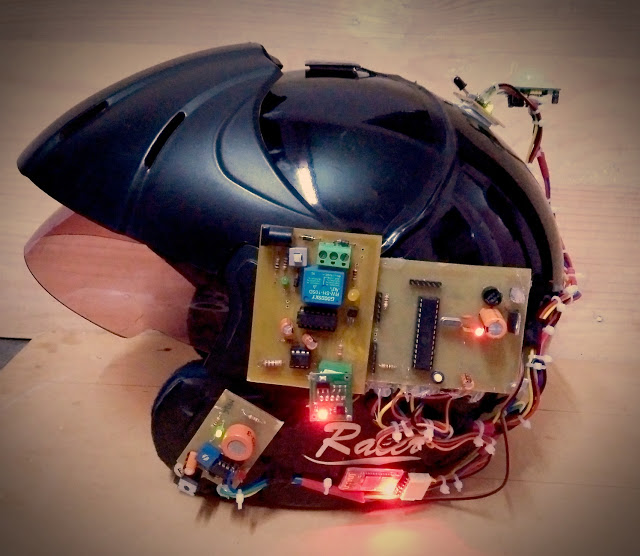 Jawwad is passionate about electronics right from the time when he was 12-13 years old. He is grateful to his parents for helping him set up his own laboratory at their home and for supporting him. He is a strict follower of Dr. APJ Abdul Kalam and wants the government to set up many tech incubation centres for the youngsters to help them innovate.

He wants to innovate more in the fields of water, energy and healthcare, the three main fields in which India is facing many problems. He wants to take his products to the rural masses through government channels rather than private companies.