Crypto’s bearish run from May.

The prolonging bearish run made sure that, the world’s most capitalized cryptocurrency, Bitcoin, also faced the blunt of it. The cryptocurrency fell by at least 70% from its peak and was trading below $20,000 at one point of time. The month of May was a night mare for cryptocurrency market and June was nothing less. But it is believed that in July, the tables have turned a little bit. According to a study done by Coinshare, institutions that deal in cryptocurrency have actually started to turn more bullish and a lot off cryptocurrency inflows are going around the market. 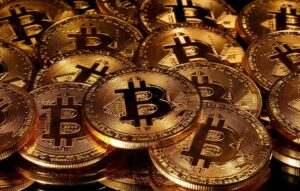 According to the report shared by Coinshares, it was observed that around $1 million inflows have happened for the world’s second most capitalized cryptocurrency, Ethereum. The report also shared that, the outflows of the cryptocurrency was at a staggering value nearing $350 Million.

Solana was actually preferred by the institutions among the alt coins, as inflows of the cryptocurrency was recorded at around $1.5 million.

Though, the institutions have been turning bullish in recent times, Coinshares also made it clear that the case was not the same for the market in general. The digital asset manager also added that, even though there is a bullish trend coming into the market, the trading activity has remained low and nothing historic was recorded in trading.