Axel Springer’s copyright infringement action against Eyeo GmbH, the maker of Adblock Plus, has been dismissed. Adblockers interfere with the appearance of webpages in browsers, according to the German publishing group, which owns the Bild and Die Welt brands, among others. The action was dismissed in favor of Eyeo by the Hamburg District Court. Hundreds of millions of websites rely on advertising revenue to fund their operations. Excessive or obtrusive advertising, on the other hand, is something that some readers want to avoid, frequently by using adblocking software. 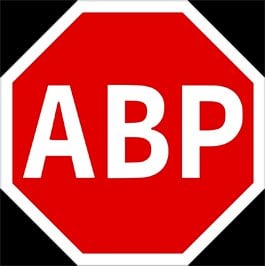 One of the most popular solutions is AdBlock Plus, which was developed by the German company Eyeo GmbH and is available on Firefox, Chrome, Safari, Android, and iOS. It can substantially lower the amount of advertising that consumers see, but that didn’t sit well with Axel Springer, a publishing behemoth.

The publisher, which owns publications such as Bild and Die Welt, said that AdBlock Plus and its users were interfering with its business strategy, so it launched legal action to stop them. After going through regional courts and eventually the German Supreme Court, Adblock Plus and Eyeo were ruled not to be in violation of competition law in April 2018.

Following its defeat in the previous action, Axel Springer filed a new lawsuit in 2019 on fresh grounds. AdBlock Plus “modified the programming code of websites, therefore directly accessing the legally protected offer of publishers,” according to the publisher this time. AdBlock Plus, in other words, violates copyright laws.

The charges were quickly dismissed as “nearly ludicrous,” with Eyeo claiming that their browser-based application does not attempt to change anything on Springer’s servers. Despite this, Springer went through with its legal action, arguing that tampering with the distribution of websites to viewers constituted copyright infringement and was therefore worthy of an injunction.

Axel Springer highlighted a 2012 court judgement that found software for Sony’s Playstation Portable system illegal because it modified code in memory to aid cheating. In that case, the court determined that the temporary software modification amounted to a revision of the software, which necessitated consent from the rightsholders.

There were no charges that AdBlock Plus altered or distorted any copyrighted works in this case. Instead, Springer argued that the software interferes with the display of protected information in browsers. According to a ruling by the Hamburg Regional Court, this is insufficient evidence to find AdBlock Plus or its users guilty of copyright infringement.

Axel Springer is not entitled to injunctive remedy under Section 91 (1) UrhG, according to the Court, because there was no unauthorized duplication and/or modification of copyrighted computer programs as defined by copyright law.

“The defendants have not infringed on the plaintiff’s rights to the web page-creation programs.” “The defendants are not accomplices to a copyright infringement, jointly with the specific user,” the ruling states.

Finally, the Court determined that AdBlock Plus’s operations following the website’s local saving do not constitute a “reworking” under copyright law. Infringement can only be defined as a modification in the program’s content. The Court points out that a different result would be a “disproportionate invasion” on users’ freedoms to do things like not load images to conserve bandwidth, disable Javascript, and prevent pop-ups and tracking features. It would also make translation tools and aids for the blind and visually impaired infringe on copyright.