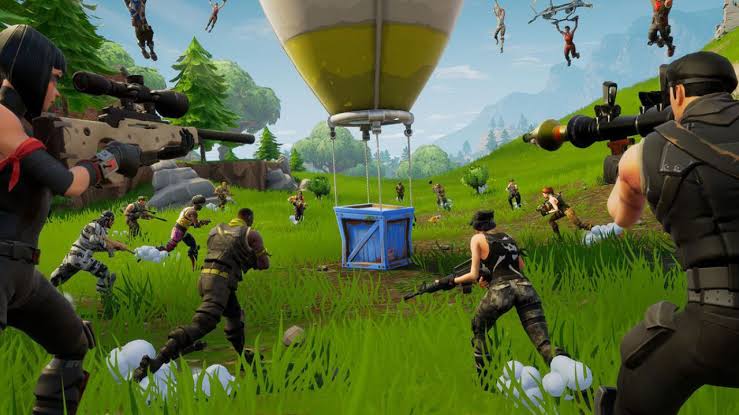 Deep Blue, a computer program developed by IBM, beat Gary Kasparov in a chess game in the year 1997. After that game developers started realizing the importance of artificial intelligence (AI). Since then, they have seen that with the help of AI, the asset, behaviour and the environment of the game can be increased to a great extent. Many gambling websites are coming up which follow these rules quite strictly.

With time, many AI developing companies have come up in the market and the following five has been able to create a mark in this field.

Located in the Copenhagen city of Denmark, this company started its journey in the year 2014. This company has earned a reputation for creating solution on artificial intelligence on a variety of games. Their research team is capable and have done extensive research with many Universities and research institutions to do further progress on AI. The research team of the company has also further research on algorithm, machine learning and cybernetics.

The company has developed many products like Utility AI. It is a framework for scoring of the computer games. It can perform multiple decisions, can keep score of each of the potential choices and after that AI starts performing the action. The product is so popular that it is being developed by hundreds of companies and developers to make their games more powerful and attractive. It is mostly used in games where shooting is involved. It is used to evaluate if the gamer is going to load a fire or a weapon or attack or take a cover.

Located in Irvine in California district, it is one of the most reputed game development companies. Some of the popular titles developed by this company include World of Warcraft, Diablo and Starcraft.

The game Starcraft developed by them can be played by a single or multi-player. Since this game involves real time strategy activities, it is a very good testing platform for researchers to test and analyze the importance of artificial intelligence on development of games. The game Starcraft is developed in such an environment that creates new challenges in such an environment that AI cannot locate anything or see the entire space as it can do in a board game.

Blizzard and Deep Blue, in partnership, have developed a set of tools named as SC2LE which can analyze their Strategy game. Starcraft II is also a developed game to do further research on artificial intelligence.

Located in London, this company does immense work on Artificial Intelligence. The company was founded in the year 2010, but was later acquired by Google in the year 2014. Though the company does research on a variety of topics, but the most famous product of the company is Alphago. It is a computer program used to play one of the most ancient Chinese games known as Go.

The peculiarity of the program is that it first learnt playing the game by going through innumerable amateur and professional games. The company then launched AlphaGo Zero (which is considered to be the advanced version of Artificial Intelligence) and it gradually got adjusted to the game by playing with self. By playing repeatedly, it became such an expert that it superseded the standard level of human playing.

The program came into prominence when in the year 2015 AlphaGo was able to defeat the human player professionally while they were playing on a board which is full-sized. Gaming World was stunned when it defeated the best player in the world. Incidentally, that player was considered to be the highest ranked in the world in that game. Since then, it is being considered as one of the best companies of Artificial Intelligence in the world.

The company is located in the Redwood City of California district. It is a digital entertainment company which offers interactive platform offering content on games and many other services online to more than 300 million players in different parts of the globe. The unique success point of the company is that it is always running after innovation to discover new products.

The company is quite well known for developing a nice portfolio of game franchises which include Madden NFL, Need for Speed, EA Sports, Battlefield and the Sims, etc. In spite of having so many game franchises, the company management is not satisfied and wants more. Hence the research team is always on the path of innovation to come up with more game franchises. The main intention of the company management is to improve their market share to a great extent. The research team at EA has also come up with a game environment which is 3D one. It has been made specially so that it becomes easy for the navigation of the networks who want to learn more.

Headquartered in London, the main objective of the company is to make the digital interactions look a little bit human type, and they take the help of Artificial Intelligence to a great extent in this regard.

The company is known to have two very popular products. They are known as Character Engine and Ally, each one having their own role to play in the world of gaming. Character Engine is a SDK and an authoring tool and it helps the players to communicate more easily with the digital characters. Ally, on the other hand, is considered to be an intelligent bot, which is anti-bullying. It can identify the abusive behaviour and language within the Chatrooms and communities. The main aim of creating this product is to have a friendly and inclusive environment for gaming.

Their product Ally is quite compatible with the different online games available in different online casinos and other gambling websites. It detects and perceives the harassment of the gamers who are seriously and honestly playing into the game.

All the above-mentioned 5 companies are seeing that Artificial Intelligence having a major role in the gaming industry.