Amazon, Alibaba, Flipkart, Snapdeal and others get an angry letter from India’s telecom regulator 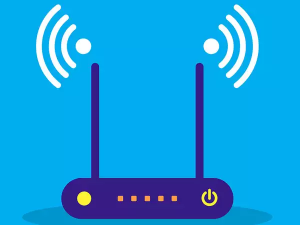 The sale of unauthorized mobile signal boosters and illegal facilitation were factors against which e-commerce companies had received warnings from the Department of Telecommunications.

The matter is gathering more weight with the Cellular Operators Association of India demanding DoT to ensure that the sale of such illegal equipment is completely banned.

DoT had mentioned in a letter to all e-commerce companies on May 1, 2019, that the firms are responsible for facilitating the illegal sale of unauthorized mobile signal boosters. In response to the claim that e-commerce companies are acting as only intermediaries, DoT asserted that they have been acting as an “online marketplace,” taking cover under the provisions of Section 79 of the IT Act.

The DoT also emphasized the necessity of having a Dealer Possession License (DPL)  by the seller for wireless equipment.

As per a statement by the DoT,

“Therefore, it is reiterated that if there is an licensing/statutory requirement on telecom equipment being sold or purchased it will be the responsibility of those purchasing or selling it as well as of the intermediaries facilitating such sale and purchase that the relevant statutes of the Government are not violated”

The E-commerce sites were warned and asked to take corrective action that would facilitate the removal of the sale and display of unauthorized boosters from the website. The warning letter was issued to companies like Amazon, Flipkart, Snapdeal, Shopclues, Rediff, Indiamart, Alibaba, Aliexpress, and eBay. The year 2016 had also witnessed the issue of similar warnings.

In March 2019, companies like Amazon and Flipkart received letters from COAI, stating the fact that the boosters fell under the category of “Wireless Telegraphy Apparatus” and the possession of such apparatus was prohibited by the act. A warning was also issued by COAI asking these companies to put an end to the sale of mobile signal boosters on the platform.

Yesterday, COAI asked DoT to ensure that the sale of illegal repeaters and boosters, whether it be offline or online through e-commerce websites to be completely banned, in addition to asking DoT to take up the issue with the Ministry of Commerce and Industry to facilitate the prohibition of the import of such illegal boosters in the country.

COAI also emphasized the fact that the grey market outlets were making it possible for anyone to buy and install illegal repeaters at a low cost.

According to the statement by COAI,

“The concern is that, such wide band devices draw in network signals to provide connectivity to a particular building or area in an unregulated manner, thereby depleting the network strength in other surrounding areas and results into call drops and depleted network quality”

The telecom industry also expressed its concern over these illegal repeaters which have become a persistent nuisance blocking the growth and development of the industry. These are also the major reasons for various mobile network issues faced by the customers like call drops and low data speeds, particularly in localities that are densely populated.