Out shopping at Amazon’s checkout-free stores and in need of some quick cash? Seems like the online retail giant has got your back, as it has made it possible for you to get as much as $10 in promotional credit, thanks to its Amazon One palm print scanners. Yes, you read that right, Amazon can pay you around $10 as credit in return for your palm print biometrics, provided you enroll your palm prints at specific stores, and proceed to link the same to your Amazon account. 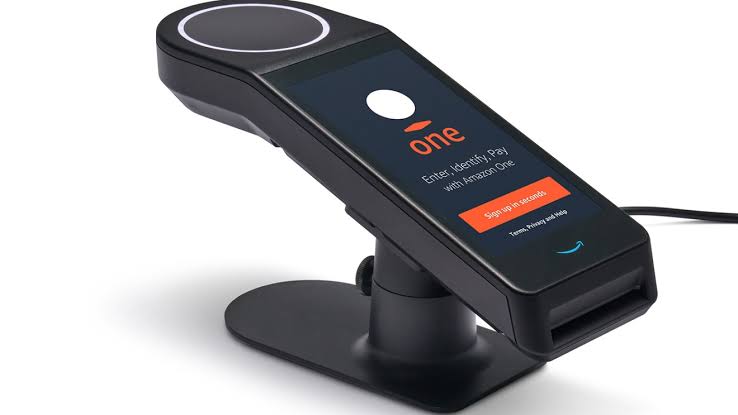 These scanners have actually been in place since last year, when they were introduced at a few select stores, mainly in Seattle. The scanners, which allow users to pay for goods by waving their palms over them, have since been set up at a number of stores in leading cities and states, like New York, New Jersey, and even Texas and Maryland. And users have already been availing the feature, and having Amazon pay them some $10 as credit, in exchange for their palm print biometrics.

Highlighting how the hardware actually functions, Amazon has said that it scans both “surface-area details” and “subcutaneous features” to come up with a detailed “palm signature.” The signatures, once linked to Amazon accounts, can help the company access one’s shopping history, so that it can target ads, recs, and other offers to specific users. Moreover, an “unspecified subset” of the data also goes towards the development of the system.

Moreover, the data is stored indefinitely if transactions are regularly carried out through one’s account. However, if no transactions are performed for at least two years, then the data may be subject to deletion. Or, if the user has no outstanding transactions left, they can choose to delete this data.

While it may seem pretty cool to be using your palm to get an (albeit small) instant credit, Amazon doesn’t exactly have the best track record, when it comes to how it uses biometric data from its users. Think back upon its facial recognition technology, which has, more often than not, been used by law enforcement agencies to keep tabs on the biometrics of people, and that too, without their consent.

Consequently, Albert Fox Cahn, the Executive Director at Surveillance Technology Oversight Project, a New York-based firm, has expressed concern over the palm-scanning technology, calling the fact it “horrific” that people are agreeing to “sell” their bodies to Amazon at “such a low price.”

Cahn adds that biometrics are among the few surefire ways in which firms and governments alike, can track people “permanently.” That’s because one’s biometrics don’t change, even if one does change their name, address, or something else.