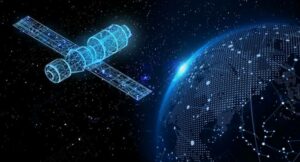 Satellite ventures like that of Amazon’s, SpaceX’s Starlink network, along with other firms won a total of $278.5 million in contracts from NASA on Wednesday. These contracts are essentially for demonstrations of communications in space as the US space agency steps forward to make a change. They move to replace its present satellite network in the orbit with systems that are built privately.

Moreover, NASA is looking to totally start relying on private space companies for its operations. Additionally, its want to facilitate more commercial business in areas from space communications to that of sending humans to orbit.

The Project Kuiper of Amazon is a planned network of over 3000 satellites structured to beam broadband internet to remote areas. Amazon’s project won a contract of $67 million on Wednesday. On the other hand, SpaceX’s Starlink venture got hold of a $70 million contract. Clearly, Starlink is a significantly bigger network than Project Kuiper, with about 2,000 satellites in space already.

NASA makes use of its present system, the Tracking and Data Relay Satellite network to communicate with spacecraft in orbit. For example, SpaceX’s Crew Dragon capsule when it takes astronauts to and from the Internation Soace Station.

“The goal here is really to get industry to kick in with us and develop these capabilities for customers that are not just NASA, but other space-based customers as well, hopefully bringing down our costs,” Eli Naffah, the head of NASA’s Communications Services Project said.

Expectantly, each company is set to complete the development and demonstrations of the satellites by 2025. NASA specified this detail in a statement, referring to the satellites under the contracts signed.

Other than SpaceX and Amazon, other satellites firms to win such contracts are ViaSat, SES, Inmarsat and Telesat. Evidently, the competition is rather fierce and interesting. Such rivalry could primarily occur between Amazon, Elon Musk’s SpaceX and Telesat to provide broadband internet from space. As we know, this commercial ambition is rather expensive one but has the potential to generate billions in revenue. Analysts confirmed this possibility stating that once the satellites are entirely functional, they can generate billions as expected.

Though SpaceX’s Starlink is not yet completed, it already has thousands of customers in several countries around the world. Amazon. com Inc is way behind as compared to SpaceX. It currently has the aim to launch its first two prototype satellites in the second half of 2022.