Android users can now delete last 15 minutes of their Google search history This quick deletion of search history is now an addition to more privacy options. 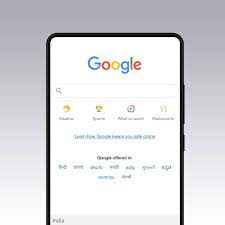 Users have always preferred better privacy options in the search engines they are using. Getting rid of one’s search history is always on top of one’s priority to maintain secrecy among each other. Hence, the provision of being able to erase the last fifteen minutes of the search history on Google would always be welcome.

Users of iOS devices such iPhones and iPads have had the option to avail this benefit since 2021 itself. At the point, Google had made that provision available on its app for iOS devices. Finally, now even users of Android devices can take advantage of this most awaited feature. Presently, they can easily erase their entire recent search history with one single tap on a button.

Currently, Google has started the roll out of this awaited option to remove search history, mainly the last 15 minutes. The feature is available on the official Android application. A series of reports from tech reporters, along with the search engine giant itself, confirmed the news. In fact, many users of Android are already reporting to have got option available on their devices.

“We’re currently rolling this feature out on the Google app for Android and expect it to be available to everyone using the app in the next few weeks,” Google spokesperson Ned Adriance said in a statement. “We’re continuing to explore ways to bring this helpful feature to other surfaces.”

At Google I/O 2021, Google announced it'd roll out an option to delete the last 15 minutes of your search history. This rolled out on iOS in July 2021 but was said to come to Android later. Well, it appears to now be rolling out!

One can avail the benefits of this new feature by simply opening the app, and tapping on their profile. As the pop-up menu appears, the option to ‘delete last 15 minutes’ would be visible right below the banner of “search history.” As soon as one clicks on it, the Android Google app would go ahead and clear the search history of the last fifteen minutes from the app.

The search giant had already presented ways to just clear one’s full search history on the Google app. In fact, there are even ways to delete history automatically which could be of 3, 18 or 36 months old. Additionally, users could even browse through their history manually and erase items individually as well. Though these options are decent, none of them are necessarily convenient in case the users wants fast removal of these items. For the deletion of one particular session, this new feature of erasing the last fifteen minute history appears rather ideal for users. The option is officially available for both iOs and Android devices.