As footage of a TV broadcasting snippets from the frontline emerged, the digital activism collective was believed to have had an impact on services. 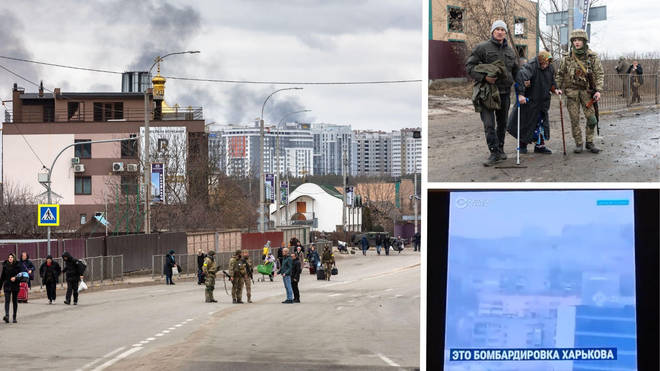 It looks to be an attempt to get around the Kremlin’s tight limits on controlling the war narrative.According to “Anonymous TV,” a Twitter account,

The hacking collective #Anonymous today hacked into the Russian streaming services Wink and Ivi (like Netflix) and live TV channels Russia 24, Channel One, Moscow 24 to broadcast war footage from #Ukraine.”

The attack undermines Russia’s rigorous attempts to control the narrative surrounding the Ukraine conflict, which it has instead described as a “special military operation” to demilitarise and denazify its former Soviet neighbour.

It has threatened those who distribute what it considers “misinformation” with a 15-year prison sentence.

After Russia’s Roskomnadzor regulator claimed that Facebook was restricting Russian media, the Kremlin banned it.

State-affiliated outlets such as Russia Today and Sputnik, which have been accused of propagating pro-Kremlin narratives, have been targeted by online platforms. In Russia, access to BBC News has been restricted, prompting the broadcaster to direct users to its Russian language service on the dark web.

Thousands of individuals have also been imprisoned in places around Russia for protesting the war.

Russia’s recent attacks in Ukraine demonstrate the necessity of regulating the flow of information.

Russia is likely targeting Ukraine’s communications infrastructure in order to decrease Ukrainian citizens’ access to trustworthy news and information, the UK Ministry of Defence warned in a new briefing on Monday.

Russia is said to have hit a TV tower in Kharkiv yesterday, halting broadcasting. This comes after a similar strike on a Kyiv TV tower on March 1, 2022.Internet service in Ukraine is also very likely to be affected as a result of collateral damage from Russian infrastructure strikes.

How to Make Money With Audible