Apple Pay trends on Twitter as it goes live for customers of South African Bank FNB.

Twitter has yet another trending topic to follow as Apple pay finally went live for South African Bank FNB’s customers. Although Apple pay was launched in the year 2014, it came to South Africa only this March. And it seems like it is already marching to the users’ favorite list. In March, banks like Absa, Discovery Bank, and Nedbank were the initial ones to support it. Now, FNB has also joined the suit. 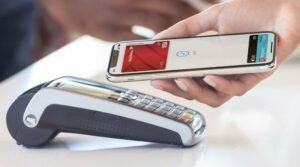 There is not a single piece of news that misses the all-seeing eye of Twitter. And quite naturally, post its launch, Apple Pay has been gracing the trending lists on the social media platform. The excitement and the fulfilled anticipation of the users are well reflected on Twitter as more and more users react to the news. Some with memes and jokes, while others muse about the “coolness” prospect of walking out with “just the phone and good vibes.” Since its launch in 2014, Apple Pay has been making its impact felt gradually around the world as more and more countries come forward to take up the system. Here are some of the reactions and responses from Twitter that rocketed Apple Pay to the trending list.

What a pleasant way to start a day.

I leave my house w lipgloss, Apple Pay, and vibes.

Me: *Uses ApplePay like I have for the past 6 Years*

Never knew that Apple Pay could be the reason for such good vibes.

my life nothing but apple pay and vibes

Not to burst anybody’s happy bubble, but all these people talk about going out as if the pandemic never happened. Just wondering.

I be leaving the house with no card, no ID.. just vibes and apple pay

Now that is the kind of question that comes from a genius brain. I would like to know the answer as well.

They used to say no phones at gas pumps and now they take Apple Pay? pic.twitter.com/ncW9PgJEwi

The depth of the statement is hard to decipher. Anyways.

Not me thinking the hyvee in Sioux Center Iowa has Apple Pay pic.twitter.com/hy3r4kusWl