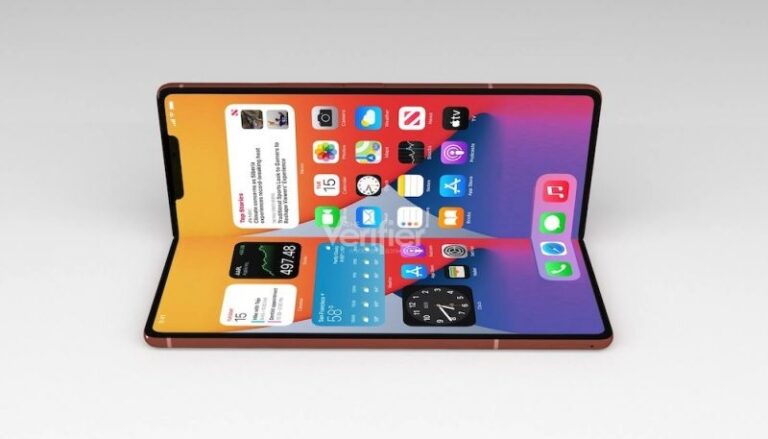 Prior to the release of the iPhone 14, Apple is said to be testing an Electronic Paper Display from E Ink as a viable option for the secondary display on a future foldable iPhone or tablet.

According to well-known Apple analyst Ming-Chi Kuo, the second panel will employ e-ink technology due to its power-saving qualities. According to Kuo, Apple may employ an e-ink on the cover screen to display notifications, updates, and other information while simultaneously extending battery life.

“Apple is currently testing E Ink’s Electronic Paper Display (EPD) again for full cover screen for new future foldable devices as well as tablet-like applications.” “Due to its significant strength capabilities, the color EPD seems to have the possibility for becoming a popular solution with foldable smartphones’ must-have cover/second screen,” Kuo noted in a tweet.

The Cupertino-based tech firm is also said to be working on a new sort of display for folding iPhones or iPads, similar to the one used in Samsung’s Galaxy Z Fold 3. According to The Elec, work on an OLED screen that does not require a polarizing layer has begun.

Polarizing the screen enhances vision by allowing light to move only in specific directions. Rather than a polarizer film, Samsung Display printed a color filter on the thin film encapsulation abbreviated as CF on TFE and added a black pixel define layer. This enabled the foldable panel to provide clearer colors through the color filter.

Kuo also claims that the forthcoming foldable iPhone’s screen would be iPad Mini-sized when folded. This certainly indicates that Apple is adopting Samsung’s Galaxy Fold strategy. The tech titan may offer a regular-sized phone that unfolds to become a tablet.

According to Display Supply Chain Consultants (DSCC) expert Ross Young, Apple’s foldable iPhone would be postponed until 2025. The explanation offered is that the business is investigating all-screen folding MacBooks.