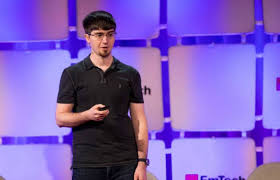 This week, Apple Inc’s director of machine learning resigned from his post owing to the company’s new policies. Ian Goodfellow left his position after a bit more than three years of joining the tech company. Previously, he was one of the top employees of Google in the sector of Artificial Intelligence, according to Zoe Schiffer from The Verge. He joined Apple as part of the company’s bid to enhance its existing machine learning, along with AI technology department.

Goodfellow joined Apple as its Director of Machine Learning in the Special Projects Group, in March 2019, as specified by his LinkedIn profile. In Google, he held the position of a senior staff research scientist, and was known for GANS, or Generative Adversarial Networks. This placed two competing neural networks against one another, in order to enhance the accuracy of their systems.

Ian Goodfellow, Apple’s director of machine learning, is leaving the company due to its return to work policy. In a note to staff, he said “I believe strongly that more flexibility would have been the best policy for my team.” He was likely the company’s most cited ML expert.

Reportedly, Goodfellow revealed his resignation news to the employees in an email specifying its reason. He said his resignation was partly due to Apple’s active plans to return to in person work. The tech giant’s plans directed all the workers to work from the office at a minimum of one day a week by April 11. Along with it, two days every week at least by May 2, and necessarily a minimum of three days a week by May 23. In the mail sent to the staff, Goodfellow expressed his strong belief that ‘more flexibility’ would prove to be essentially the ‘best policy’ for his entire team.

“I believe strongly that more flexibility would have been the best policy for my team,” Goodfellow said in the email.

Last month itself, the employees of the tech company initiated the return to Apple Park, taking into account the three-day in office work policy set to be place from May 23. Clearly, certain workers have been rather unhappy about the plan to go back to in person work that too so extensively. A survey conducted among a relatively small group of workers revealed how most of them were actively seeking employment somewhere else. Clearly, this return to office policy, along with the possibility of the spread of the virus were few of the key reasons behind this attitude. Moreover, factors such as that of a toxic company culture, with a disappointing work-life balance factor contributing to their decisions of leave the company.

In a letter to Apple CEO Tim Cook during the summer, a group of employees said “Without the inclusivity that flexibility brings, many of us feel we have to choose between either a combination of our families, our well-being, and being empowered to do our best work, or being a part of Apple. This is a decision none of us take lightly, and a decision many would prefer not to have to make.”