According to Forbes, Sam Bankman-Fried is the richest individual in Bitcoin, having amassed more than $22 billion before the age of 30. So, how does he manage to stay grounded amid all that wealth? Giving some of his money away in cryptocurrencies, of course, he claims, helps him remember what’s important.

“If the goal is to give yourself a lot of consumptive pleasure through money, you run out of ways that are efficient,” Bankman-Friend told USA TODAY. “If you look at the world’s problems, there are tens of trillions that could be spent”.

Bankman-Fried, a former Wall Street trader and MIT graduate, founded a crypto trading firm in late 2017 and then FTX, a cryptocurrency exchange that allows traders to buy and sell digital assets, a year later.

Bankman-Fried said he’s given between $20 million and $30 million to a charity fighting global poverty, malaria, and cystic fibrosis, as well as others that support animals, during the last three years. He said that he had already donated $1 million. “I try to give a decent amount each year and part of that is to stay grounded and be connected to what I’m doing in the first place,” he said. 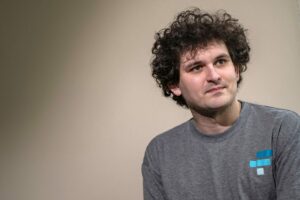 Bankman-Fried, who is Forbes magazine’s 32nd richest person in America, has embraced “effective altruism,” the concept of doing the greatest good possible. He’s not alone among young cryptocurrency investors who have given away a portion of their fortunes in cryptocurrencies, which are digital currencies created and exchanged over a decentralized computer network with transactions secured and verified through coding.

Wilson and Duffy explained that their organization was founded following the 2017-18 cryptocurrency bull market, which generated a lot of money for individuals looking for ways to give back. Bitcoin, widely regarded as the first cryptocurrency, was founded in 2009, just after the Great Recession ended.

Save the Children, No Kid Hungry, United Way, and the American Cancer Society, as well as a few churches, have all used The Giving Block. According to the company, The Giving Block’s client base has expanded from 30 to more than 250 in the last year.

Individuals who have done well by investing in crypto can earn a tax deduction for their nonprofit or church gifts, which can lower taxes by up to 37 percent when cashing out crypto assets, according to Alex Wilson, the other co-founder.

Last year, when the global pandemic hampered traditional fundraising efforts, Wilson said numerous nonprofit organizations were more eager to accept crypto donations, and he expects to collect tens of millions of crypto donations this year, compared to a few hundred thousand in 2019.”For some organizations, especially last year, this has kept them going,” Wilson said.

United Way Worldwide’s vice president of innovation, Edwin Goutier, stated his organization was one of the first and largest charities to take cryptocurrency in 2014. Goutier said his company had roughly $70,000 in Bitcoin at the time but had cashed it out.

“If we had just sold half, we would be sitting on a great amount of money that we could invest today,” Goutier said. “At the same time, with the rules for nonprofits and all the challenges we have in our communities, we have to leverage funds at the moment. So, that’s how I bring myself from kicking myself too hard.”

He went on to say that the United Way can accept a variety of coins as donations. According to Goutier, Duffy and Wilson understand both sides of the marketplace with donors and nonprofit charities, which is why The Giving Block is so popular.

Meltem Demirors, the chief strategy officer of CoinShares, a digital investment firm with $4 billion in assets, is another philanthropist who has donated bitcoins to nonprofit organizations.

Demirors, whose parents were charity and government aid recipients, seeks to donate 10% of her income to humanitarian causes. She claims she utilizes that percentage as a guideline for being deliberate in her donations.

Demirors also claimed she urges her female friends to donate liberally to charity and then ask for a “seat at the table” at the nonprofit. Some of her favorite organizations, she said, are those that help educate women in other countries and provide safe drinking water.

“Bitcoin is essentially political in character, and those who own Bitcoin are likely to be able to use the capital to construct the type of world they wish to live in,” she explained.

Every week, Demirors receives a few fundraising requests from charitable organizations, she added. “I aim to scale up my charity donations as my career progresses,” she stated.

Also read: The US has too many regulators, Coinbase wants just one