The whole fiasco with Indian fintech start-up does not seem to slow down. Every time the company puts a situation behind them, a brand new one seems to pop up. Controversy and BharatPe seem to go hand in hand.

Despite posting a record growth and revenue, the Co-founder of the company who was stripped from his positions and kicked out of the company came out in public to give his thoughts and they were not positive

Mr. Grover took to his Twitter account to say that growth is pretty much guaranteed at the end of every fiscal year in the month of March. 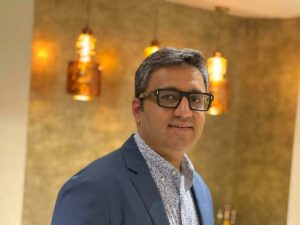 This was in retort to the company and everyone on social media praising the fintech company for doing so well at the end of the financial year despite all of the controversies and issues they went through. Especially considering the fact that the roles of the top brass were more like revolving door with new people coming to steer a wayward ship, ending the year with growth in every metric is truly a success.

The chief executive officer of the company, Mr. Suhail Sameer even gleefully announced that based on current trends, the firm is even set to break even for the first time ever and even go public on the Bombay Stock Exchange within the next year and a half or two which will bring in necessary funds to propel them to the next stage of their growth.

In a LinkedIn post he went to announce in a triumphant manner that the company experienced their best ever month and even experienced their most successful quarter of all time. He congratulated and thanked everyone who works with and for the company and everyone else who played a part in their joint success. He ended the post by saying the milestone would not have been possible without the company figuring the issues of the credit world and finding unique solutions for them.

The surface might make it seem like the company is very healthy but there is a whole sleuth of internal problems the firm is facing. Many of the employees and ex-employees still have not received last month’s income. Mr. Sameer said that a decision on the funds that Mr. Grover siphoned out still has to be made, but their main priority right now is keeping the employees satisfied with their job and keeping morale as high as possible so that the company can soar to new heights.