Ashneer Grover to Set Up new Start-up; Looking to Raise $200 Million He will be willing to let go of the stake he has in BharatPe to finance his new company.

The co-founder and former chief executive officer of troubled fintech start-up company, BharatPe has been in constant talks with various investors and fund management companies, especially a few American ones in a bid to raise around $ 250 million USD for a new start-up he is going to be setting up very soon according to a few sources who are close to the entire process.

A person who is close to the matter said that there is a possibility of Mr. Grover financing his new company using his own funds initially. And if he needs more wealth to expand his new start-up company, he will be willing to let go of the stake he has in BharatPe and finally say goodbye to the company he built and was eventually kicked out of. He is also considering raising crucial funds by giving away stake of his new company in return. He went on to say that Mr. Grover is in talks with over 5 investing companies for the funds but it is still very early to have any concrete details of this space. 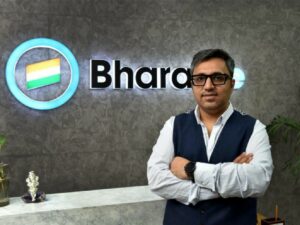 Mr. Grover currently owns 8.5% of his previous company, BharatPe and just that much of a stake amounts to a staggering $ 3 billion USD approximately. There is a high demand for that stake and many people and companies have approached Mr. Grover to buy the shares off of him but he has waived away all interest. He has finally taken the first step in letting go and has opened the possibility of letting the shares go.

Mr. Grover’s birthday that just passed on the 14th of June saw the serial entrepreneur take to his Twitter page to announce that he will be setting up his new start-up very soon in the coming weeks and that it is time to disrupt an entire industry again and build another unicorn for the third time. His tweet exuded confidence and encapsulated the attitude of Mr. Grover in just 3 lines.

Mr. Grover is currently in the USA and it can be assumed it is to onboard investors, and we still do not exactly as to what the company he is going to be building is and neither do we know what industry the company will be playing in.

We still do not know when the company is will be opening, what it will be called, what the company will be doing or any other details other than the fact that Mr. Grover will be starting a new company very soon and that he is confident it will be very successful.