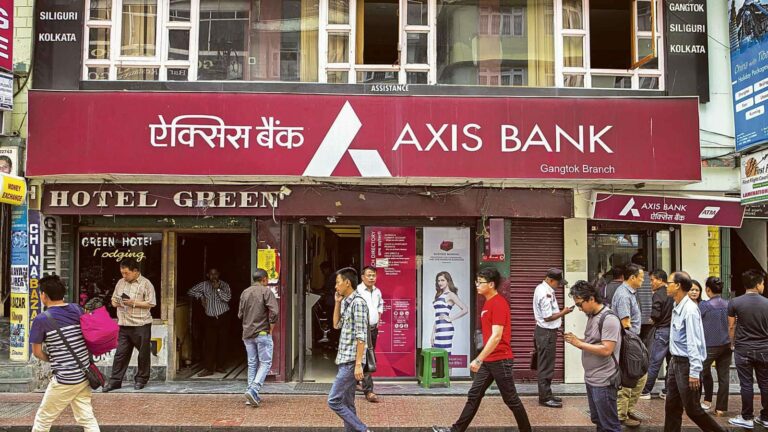 They added that “The transaction also includes the sale of the consumer business of Citi’s non-banking financial company, Citicorp Finance (India) Limited, comprising the asset-backed financing business, which includes commercial vehicle and construction equipment loans, as well as the personal loans portfolio.”

Citibank’s India consumer business workers, numbering up to 3,600, will be moved to Axis “upon completion of the proposed acquisition,” according to Citigroup.

The transaction with Axis is a “positive outcome for our staff,” according to Citi India CEO Ashu Khullar, who said that the company’s top objective has been to secure its future.

Axis Bank described the deal as a “healthy strategic fit” that will provide it “access to Citibank’s large and affluent customer franchise having a bouquet of fee-oriented and profitable segments,” according to a filing with the stock exchanges.

According to the bank, the purchased portfolio will grow its credit card client base by roughly 31%, with an additional 2.5 million cards bolstering its balance sheet position to be amongst the top three competitors in the Indian market.

Citibank stated about a year ago that it would abandon its consumer franchises in 13 regions, including India, to emphasize its more profitable institutional and wealth management businesses. Credit cards, housing loans, and retail banking are part of its Indian consumer banking division.

According to CNBC TV18, Axis Bank emerged as the lead buyer, knocking off competitors. One of them is Kotak, a private lender that was supposed “more aggressive” and had placed a bid lower than Axis’. According to the article, other issues such as job security for present Citigroup employees, competitiveness concerns, and more were taken into account before making a final decision.

Axis Bank MD and CEO Amitabh Chaudhry said the acquisition might add an “enviable retail franchise and a high-quality talent pool as we continue our journey towards becoming a premier financial services brand.”

Citigroup said that the purchase is “anticipated to close in the first half of 2023,” subject to regulatory approvals.

Citibank India stated that it would ensure that it is done in as seamless a manner as feasible to avoid any immediate impact on its consumer businesses clients.