Since inflation has struck US, the Federal Reserve went on to increase the interest rates aggressively to fight the steeping inflation rates. Many crypto experts believe that FED has been the influencing factor for the market to have such a steep fall and prolong the fall.

Bankman-Fried who happens to be the CEO of FTX, an application used by the investors to buy and sell digital currencies, remarked that, “The core driver for the down run of the crypto market has been FED.” Bankman-Fried stated that, the FED has been increasing the interest rates steeply to fight high inflation which led to recalibration of expectations of risk.

According to the reports, FED announced the largest interest rate since 1994. The high interest rates have made sure that financial markets become more jittery and cryptocurrencies face the blunt of such a decision as the market is expected to enter a deadly phase feared by everyone popularly called as “Crypto Winter.”

Failure of top cryptocurrencies amidst the crash. 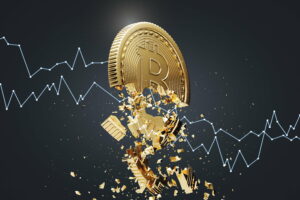 The best-known cryptocurrency, bitcoin also face the over whelming effect of the market’s implosion. Bitcoin, sank about 20% last week and continues to sell over the weekend. Unfortunately, the value of bitcoin is half of what it was at the start of the year.

Other digital currencies are having an even more dramatic fall than bitcoin. Ethereum which happens to be the second most preferred cryptocurrency also fell by at least 70% in the same period.

FTX CEO’s responsibility to bring the market back.

In the past, when such situations occurred where the market had avalanches and was falling apart, billionaires such as Bankman-Fried and large companies like FTX had to face the heat and help the market contain the losses.

If the market has any chance of getting back to normalcy this time, the big players of crypto have to take the responsibility to face the losses, even if there were not the ones who caused it. For a healthy ecosystem for crypto, it is necessary for all the investors to come together and fight this market crash and help the market grow and strive sustainably.