Croatia on top in the European Union in terms of crypto adoption.

The crypto market crash that happened in May certainly made huge dents in the market. Many countries saw the adoption of cryptocurrencies drop rapidly and as a result the values of the cryptocurrencies plummeted even more. Even though, the bear market is prolonging and is causing a havoc among the crypto currency players, according to a study, it is noted that, the adoption rate of cryptocurrency in Croatia is actually increasing during the bearish times. According to the study, it was noted that Croatia is on the top of the European Union in terms of crypto adoption.

The rise of cryptocurrency in Croatia.

Adoption of cryptocurrency even during a potential crypto winter. 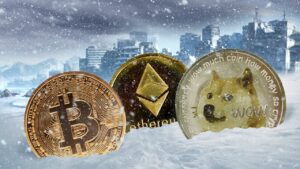 Despite the crypto winter, Konzum, Croatia’s largest grocery chain, has seen an increase in payments made in cryptocurrencies like Bitcoin (BTC) this year. Kozum also has a vision of making cryptocurrency a revolution for the financial sector of the economy. The supermarket chain is in quest to make payments via cryptocurrencies available in all of its stores and has also gone on to integrate with Electrocoin. The collaboration with Electrocoin is tipped to bring the availability of crypto payments in all the physical branches in Croatia.

The spokesperson of Konzum says that, though the payment option via cryptocurrencies poses a certain degree of risk, the doubt revolving around the cryptocurrency transaction in relation to security and safety is always prevalent in the market.

The increasing adoption rate in Croatia even during a bearish market is surely a news any crypto enthusiast would love to read. The point to take into consideration is that though the government has not made major inroads in regulating the market, it is believed that, the local advocates of cryptocurrency have started self-regulating the market. This surely has helped the citizens of Croatia to invest more in cryptocurrencies as there are lesser rules and less stringent framework that regulates the market.

Share your insights about cryptocurrency and let me know, what do you think about the adoption of cryptocurrency despite the bear market in Croatia in the comments section.