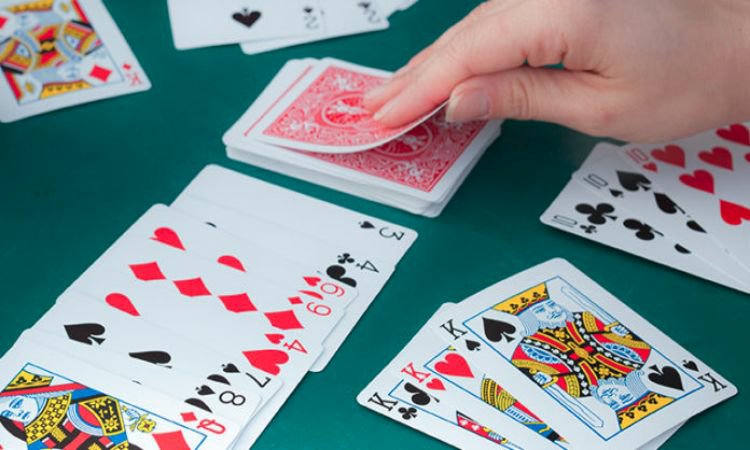 Today, Card games have become one of the most trendsetting activities in India. Each card game comes with a distinctive history of its own. Be it any occasion, one can play card games online in India with their loved ones to win exciting goodies, along with experiencing a delightful time. What’s more? Well, you can play card games for fun as well as for earning money. If you’re professionally equipped for playing this game, go ahead and test your skills and earn yourself a hefty amount of money. The chief reason for the extensive popularity of card games is their easy rules, accessing flexibility, and convenience of playing.

With that said, finding a reliable online platform, free of scammers and bugs can be quite a task. Lucky for you, Baazi247 is just the site you are looking for. With over a myriad of fun-loving card games and a few of the most valuable and cost-effective features, this website gives you an edge over playing card games with ease. We’ve narrowed down a few of the most popular card games played in India. Explore and understand these games to analyze which game you might enjoy the most. So sit tight and read through this guide of card games to get a glimpse of what these games are about.

Rummy is one of the most well-known card games played in India. It is solely based on skills and techniques. This means that you must make use of precise and accurate strategies to ultimately win the game. From being featured in movies like Montu Ni Bittu, Rummy comes with an intriguing history. You should play this game with your friends and family to genuinely have a wondrous time with your loved ones. What makes Rummy distinguishing from most card games is, that it comes with a few of the most simple yet interesting game rules, instructions, and strategies.

In a nutshell, this game can be played by about two to six players. The dealer is the chief member of this game and deals with about 13 cards to every player. Two of these cards are jokers. One has to pick and discard different cards to deliberately arrange them into meaningful sequences. Rummy has three popular types- Pool Rummy, Points Rummy, and Deal Rummy. The best ways to win this game is to thoroughly understand the rules, recite them, discard cards with high value like Jack and Ace, and begin combining cards to make a valuable sequence.

Teen Patti is an exquisite card game. India’s love for Teen Patti dates back to decades. It was initially inspired by 3-card Brag, a card game played in Britain. Similar to Poker, this game revolves around betting and dealing with cards. Along with being featured in several Indian Movies, Teen Patti is famously known as Indian Poker. Whether you want to play with your loved ones for fun or professionally, Teen Patti has a lot to offer. It can be played by three to six people with a pack of 52 cards. This game doesn’t involve joker.

The dealer, i.e the chief focus of the game, deals a single card every time until each player receives about three cards. Furthermore, this game is independent of card dealing, discarding, and picking. The main objective of this game is to choose the minimum wager before every round. The three types of Teen Patti include- Muflis, Joker, and AK47. To win the game, ensure to stay focused, keep your emotions in check, stay composed, play blind maximally, avoid placing a hefty amounted bet even if you have good cards. Don’t get impulsive and make rash decisions. Take your time to bet and play the game.

Everybody knows Poker. The remarkable game involves a great deal of strategizing and betting. The wondrous casino game can be played in casinos as well as in houses. Not only Bollywood but even Hollywood loves this game and has featured it in over a multitude of movies. Initially started in North America, this game has won the hearts of several card enthusiasts and continues to grow its popularity. So, understand the game as we tell you how it’s played and get out there and test your Poker skills. Fundamentally, Poker revolves around five unique cards. The hands may look like straight flush, royal flush, flush, four of a kind, full house, three of a kind, two-pair, high card, and one-pair.

About two to seven players can play Poker. The dealer has to deal with two cards to the player on the left, initially. This player starts every round first. The only two choices in this game are to bet or check. The players have to continue playing the game until everybody has called off the bets. Furthermore, the player that is ranked as the highest hand wins. Poker comes with a plethora of variations. Some of these include Omaha, Seven-card stud, Lowball, RAZZ, etc. To win this game, analyze and understand the odds of your hand and see through the entire hand when you bluff.

Blackjack is all about luck and chance. Along with being well-known for being in several James Bond movies, Blackjack depends on thorough planning and plotting. This common casino game can be easily won if you make use of exceptional strategies. In Blackjack, about two to seven players play the game. The card deck varies from game to game. The common card deck played in casinos is six. In brief, the cards received by both the player and the dealer should reach a count of 21. To win the game, one has to get a Blackjack to beat the dealer’s count.

The value of ace can be one or eleven and it’s decided before starting the game. The face cards like a queen, king, and jack carry 10 points each. The normal cards carry their face value. This game is based on dealing and betting. A few of the popular variants of this game include Spanish 21 and European Blackjack. The best chance at winning the game is to avoid making use of the insurance bet and to focus throughout the game.

Enjoy a few of the standard online card games at Baazi247. From the above-mentioned games and other popular games like Baccarat, Andar-Bahar, and much more, it’s time to get your game started.