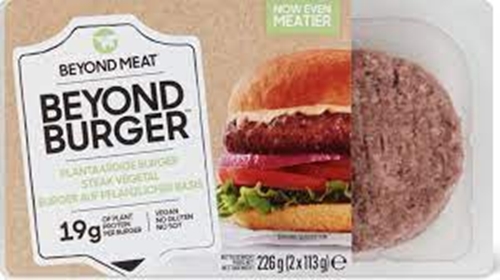 Los Angeles-based producer of Vegan Beyond Meat has announced the removal of its post of supply chain chief after Bernie Adcock, who currently holds the position, announced his departure from the company. Bernie who joined the company in the month of December last year would be leaving the company towards the end of this month on 30. The company issued a statement saying Adcock is leaving to take a different opportunity.

Post the departure of Adcock, Jonathan Nelson, who is the interim chief operating officer, would be bestowed with the responsibility to look after the supply chain. Jonathan has been working for a year and a half with the company.

Reportedly, Nelson was given the responsibility of operating chief for the time being after the arrest of Doug Ramsey. The arrest was made after Chief Operating Officer Doug Ramsey bite a man’s nose. Ramsey who joined the company in December last year has also been accused of terrorizing and punching. Ramsey has been associated with Tyson foods for three decades, holding various positions according to his LinkedIn profile.

Chief operating officer Doug Ramsey was suspended immediately after the 53-year-old allegedly punched and chomped down on a victim’s nose, the company said in a statement. Jonathan Nelson, the company’s senior vice president of manufacturing operations, will oversee Beyond’s operations activities on an interim basis, the statement added.

Beyond Meat founded in the year 2009, is headquartered in El Segundo California. The company which is reportedly the leader in the vegan food market is spread across 80 countries and its products are sold through 122, 000 outlets. Its meaty character is attributed to the processing the plant products undergo.

Various studies have pointed to the health benefits of consuming plant-based meats. Beyond meat products face criticism over them produced through processing. Experts have also questioned the ingredients used by the company. Experts advise consumers to take Beyond Meat products in limited quantities.

Reportedly the company has been grappling with inflation issues. Beyond Meat has found it difficult to lower the price of its products due to inflation.  Surging inflations are one of the reasons behind Beyond Meat lowering its forecast and downsizing its workforce globally. The company had shown the door to four per cent of its employees after the second quarter results.

The company saw a drop of 1.6% in its revenue; during the same period, the company reported a loss of $97million.