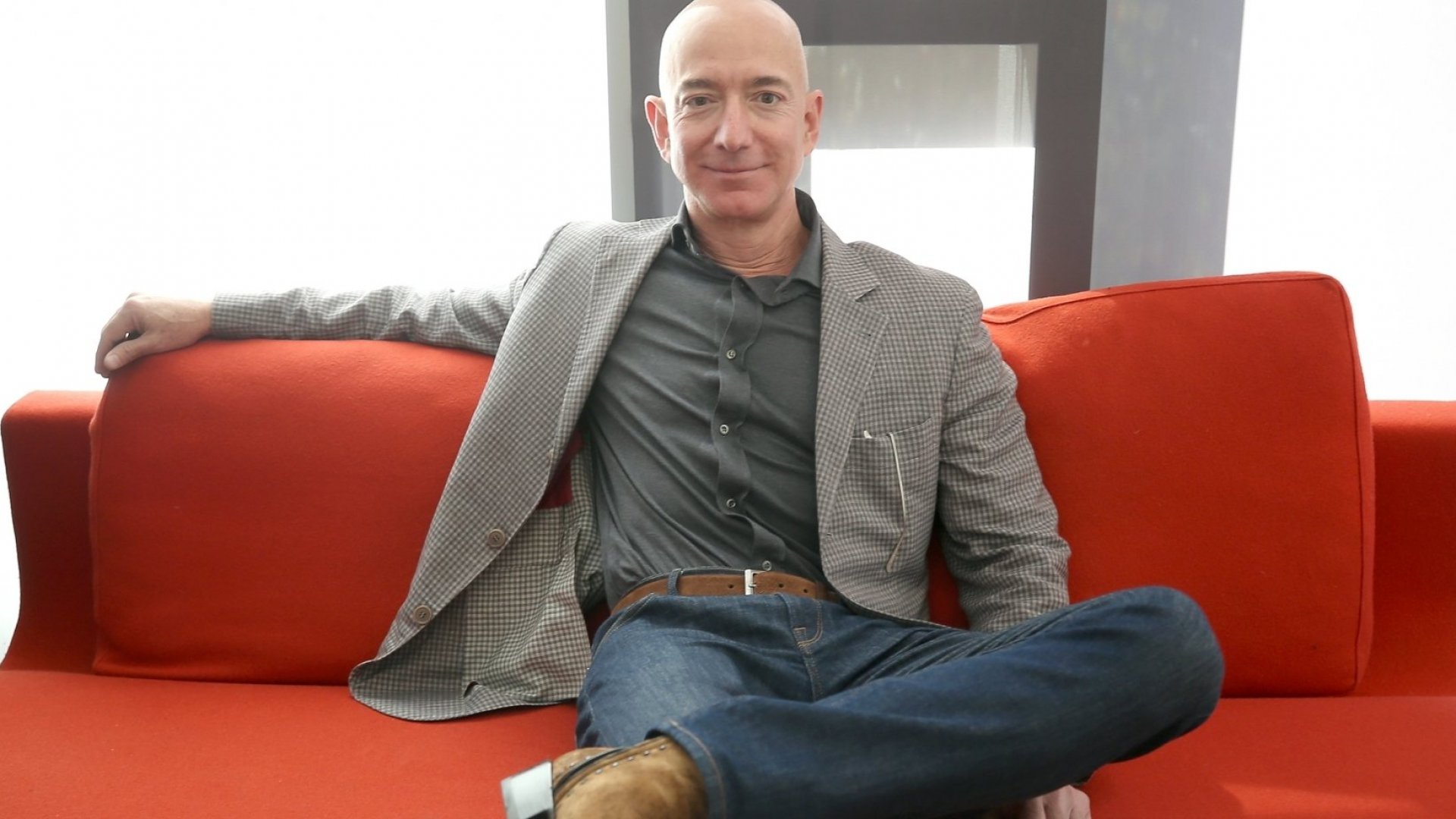 Jeff Bezos, the Founder and Chief Executive Officer of Amazon has recently penned down his last letter to the shareholders and it is definitely a tear-jerker marking the end of an era. In 1997, when Amazon had a tiny footprint across the globe as an e-commerce business, Amazon CO wrote his first letter to the shareholders wherein he laid down a bold clear vision for the future of the company. Bezos’ vision to keep customers above everyone else and the prioritisation of his shareholders was key. He mentioned in his first letter about his primary aim to prioritise reinvestment strategies over short-term shareholder returns that have significantly benefited the company over all these years.

However, Jeff Bezos has set a precedent for decades through his business and each year since his first letter to shareholders, the man has written a new letter putting forward his views, his vision for Amazon and his priorities in terms of growth and shareholder returns.

As reported by Business Insider, Amazon’s Jeff Bezos is stepping down from his position at the company by the end of this year and he just published his final last letter to the shareholders which is said upon to be one of the best letters one has ever read.

Under his last letter to the shareholders, Jeff Bezos highlights three main insights for the future of Amazon:

Bezos mentions about a critical oversight that has made Amazon one of the largest companies in the world and that is “Your goal should be to create value for everyone you interact with.”

Amazon strives for greatness and success because its Founder and CEO exclusively mentions that “the world will always try to make Amazon more typical- to bring us equilibrium with our environment. It will take continuous effort, but can and must be better than that.”

This is, far and away, the best shareholder letter I've ever read. I don't say that lightly. It is @JeffBezos' last as CEO of @amazon. Read it until the very end. There are some real and profound lessons in there. https://t.co/DN7dB47Toa

The future of e-commerce is going to be very different from a typical shopping experience. Web Smith writes on Twitter,

— Customers complete 28% of purchases on Amazon in three minutes or less, and half of all purchases are finished in less than 15 minutes. Compare that to the typical shopping trip to a physical store.

eCommerce is the future.

Furthermore, Bezos also defends Amazon over repeated allegations from employees saying that they are overworked and forced to pee in bottles to save time. This became a huge controversy in the recent past, questioning the integrity of Amazon as a business company. Bezos says that Amazon is “Earth’s best employer and Earth’s safest place to work”.

He mentions in the letter that Amazon is a team of thousands of people who lead several operations at the company. However, they have always cared deeply for Amazon’s hourly employees. He further added that he and his team at Amazon are proud of the working environment that they have created over the years.

Looking forward to the future, it is no surprise that Jeff Bezos is stepping down from his position as Chief Executive Officer at Amazon and handing over the throne to Andy Jassy. Bezos says “Andy is brilliant and has the highest of high standards. I guarantee you that Andy won’t let the universe make us typical”. Bezos also mentions that it is a hard job with a lot of responsibility and we all couldn’t agree more.

Amazon is deemed to have a great future ahead as envisioned by the Founder in his last letter to the shareholders. 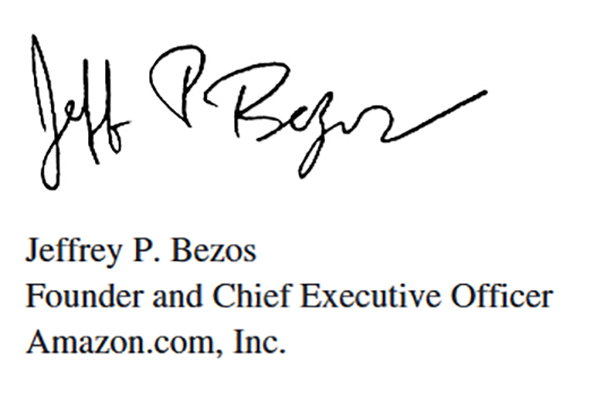 The letter ends with a quote:

“To all of you: be kind, be original, create more than you consume, and never, never, never let the universe smooth you into your surroundings. It remains Day 1.”

That’s something we can get behind. Read the full letter here.