In an effort to become economically profitable before the current fiscal year extinguishes fintech startup BharatPe has hired veteran SBI Card official Nalin Negi as its chief financial officer (IPO) as it gets ready for its initial public offering (IPO) which the group had stated it will do during the next one and a half to two years. 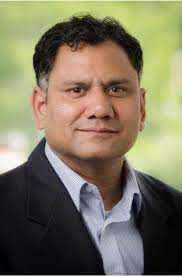 According to a release from the corporation, he will work closely with the BharatPe Board and report to Suhail Sameer, CEO. Previously serving as SBI Card’s Chief Financial Officer (CFO), Nalin led the credit card services provider when it went public in 2020. Nalin has over 25 years of expertise in the sector and has worked for American Express, Nestle India, ITC Ltd., and EXL Service, among several other organizations.

Suhail Sameer, the CEO of BharatPe said, “His in-depth knowledge of banking and financial services will help us launch and scale fintech products that are future-ready and aligned to our mission of driving financial inclusion in the country. Also, Nalin’s experience of listing SBI Card will be instrumental for us as we aim to go public in FY25,”

After Nishit Sharma, the former Chief Revenue Officer, and Chandrima Dhar, the Head of Institutional Debt at BharatPe, left the company, Alvarez & Marsal was chosen by the company as an interim CFO. Nalin now takes their place.

With over Rs 3600 crore in total loans facilitated in the first quarter of FY23 and more than $18 billion in yearly TPV in payments, BharatPe has led the way for digital transactions in the country and has also been at the frontline of closing the credit gap for SMEs and offline shops in the nation. For BharatPe this year, this is the second leadership announcement. Smriti Handa had been named the company’s new chief human resources officer in April 2022.

However the news has come after Co-founder Bhavik Koladiya left the business to take up projects beyond the company. In the last few months, BharatPe has seen major resignations at the senior management level including Shashvat Nakrani and Ashneer Grover, who caused a significant commotion when he left. 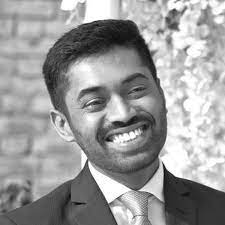 In an earlier statement, the company has said, “Bhavik Koladiya has been associated with BharatPe as an Independent Consultant, guiding our Product and Technology teams. His contract tenure ended on July 31, 2022 and he expressed his desire to spend time on other assignments outside BharatPe,”