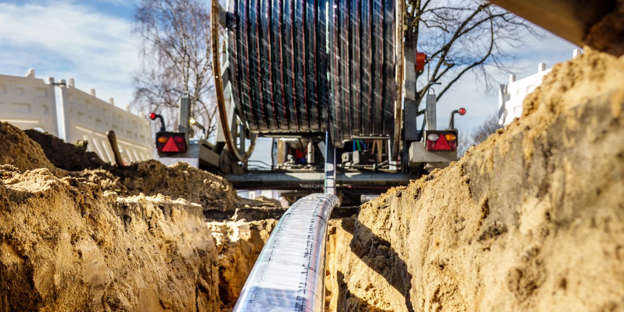 The $1 trillion infrastructure funding package proposed by the Biden administration includes $65 billion for broadband access in rural areas, low-income households, and tribal communities. The majority of the funds would be distributed to states as grants.

The $100 billion investment, which was first proposed last year, is a major triumph for the cable and wireless companies.

The Commerce Department and its telecom division will be in charge of a large portion of the $42.45 billion. Grants to states are administered by the National Telecommunications and Information Administration (NTIA). Alan Davidson was recently selected by President Joe Biden to lead the NTIA.

Another $14.2 billion will go to the Federal Communications Commission to construct an Affordable Connectivity Program, which will be an extension and revision of the Emergency Internet Benefit, which provides qualifying households with $30 monthly broadband subsidies.

The rest of the package includes $2.75 billion for a Digital Equity Program to ensure that “individuals and communities have the information technology capacity required for full participation in the society and economy of the United States,” $2 billion for RUS ReConnect, $2 billion for the Tribal Broadband Program, $1 billion for a new middle-mile programme overseen by NTIA, and $600 million for Private Activity Bonds for broadband deployments.

Funding for WiFi networks in residential buildings is also highlighted in the infrastructure bill.

Wireless and telecom specialists, such as USTelecom CEO Jonathan Spalter, praised the breadth and extent of the infrastructure upgrades. “It recognises that attaining 100 percent connection requires a private model of broadband deployment in the United States, along with targeted public support in unserved or hard-to-reach regions,” Spalter said in a statement.

The Wireless Internet Service Providers Association, which lobbied for a “tech-neutral” approach to the bill rather than one that favoured fibre, said in a statement that “this ‘open toolbox’ approach will help consumers by driving innovation and keeping internet plans affordable and accessible to all.”

“These evidence-based activities will guide how federal dollars are used to extend internet access across the country, informed by the progress state and local leaders have already accomplished over the last several years.”

Now comes the difficult part: putting such a large-scale agenda into action across so many states at varied stages of need.

In a statement, Gary Bolton, president of the Fiber Broadband Association, said, “We now need to shift our effort from Congress to NTIA and the state and municipal level.”

“At the moment, only 26 states have broadband offices, with the rest having a designate, which is usually a multi-agency broadband task force. Furthermore, whereas 40 states now have broadband initiatives, the quality of these systems varies greatly.”

In a statement, Evan Marwell, CEO of the EducationSuperHighway, said, “States and cities must now leverage these resources for the deployment of free Wi-Fi networks in low-income apartment buildings; investments in marketing and direct outreach campaigns to unconnected households; and the creation and staffing of broadband adoption centres.”

“We have a once-in-a-generation opportunity to construct a nation where no home is left offline.”