Bitcoin has been trying to break $50k for almost a week now. And while we all are waiting for the big move and waiting for bulls to massacre the bears, the RSI has been showing bearish signs. In fact, the daily charts also show the same thing as the Bitcoin movement becomes weak. Now do note that this could change but going by previous metrics a huge downside is coming. If this happens it will invalidate all the other models that predict higher prices for BTC in the coming months. 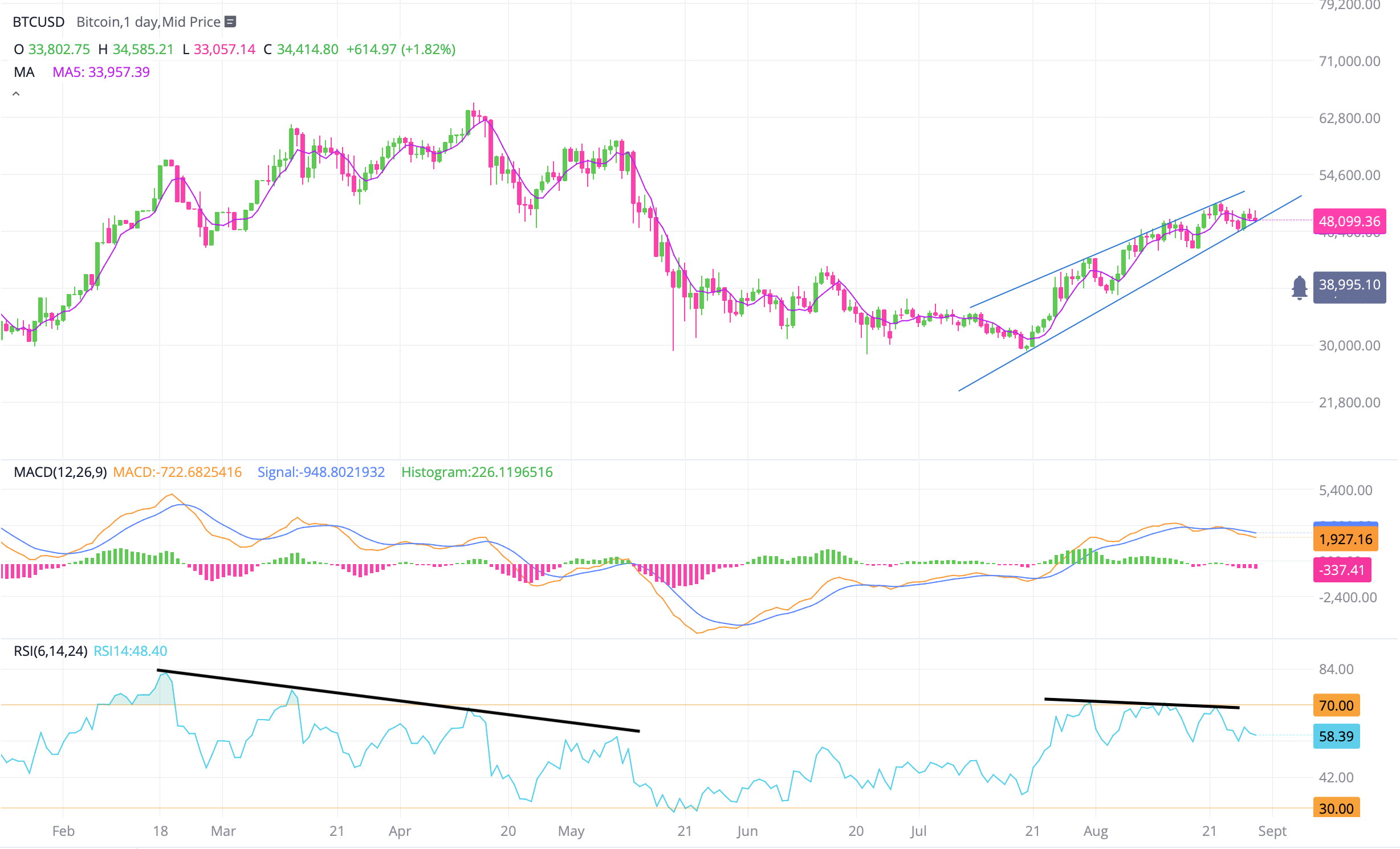 This is a daily chart of Bitcoin showing the price movement, daily MACD and the RSI. The first thing we are going to take a look at here is the RSI. When Bitcoin made a high of $64k, the price movement was in a higher high and lower low pattern. But while this was happening the RSI was showing a bearish divergence which ultimately led to the fall of the price. And now if we see at the charts, RSI is flashing the same signal. Even though it is not as strong, but yes things are not looking bullish technically. Or in other words, I would say that the bulls are losing steam.

Some technical analysts on Twitter are even giving $40k targets for Bitcoin from here on. This is because we all know that the technical indicators are bearish and $50.5k possesses significant resistance to the continuation of this bull run. Another bearish sign is the way, Bitcoin’s price has been moving. If you observe the channel closely, BTC is moving up followed by a correction and then going up. But after the first two corrections, the upward movement has been limited showing that bears are taking over.

As I already presented the bearish part about Bitcoin’s price movement let’s talk about the few bullish things as well. First of all the 4-hour chart of BTC has broken the downward trend of Bitcoin. In fact, it is forming a similar pattern to when it was at $24k and then saw a huge upside. At the same time, the reports on the rising inflation rates and the possibility of hyperinflation have also been a great price booster for BTC.

What are your thoughts on the bearish divergence as the Bitcoin movement becomes weak? And do you think that bulls will be able to break this pattern? Let us know in the comments below. Also, if you found our content informative do like and share it with your friends.