For the first time since May 14, Bitcoin’s price is battling a crucial psychological milestone. A continuation of this bullish momentum might bring BTC to a critical resistance level, possibly even retesting the all-time high. 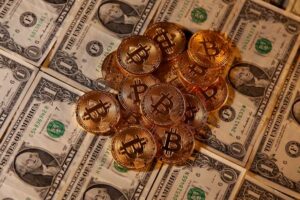 The bullishness of the Bitcoin price is palpable.

On August 13, the bitcoin price broke through a supply zone spanning from $43,150 to $45,791 and stayed above it for around four days. BTC, on the other hand, has gone below this threshold in the last 24 hours, indicating temporary weakness but swiftly rebounding. 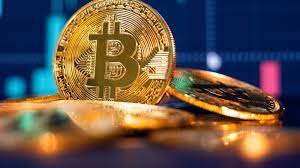 BTC has risen 15% since the swing low of $43,833, piercing the psychological milestone of $50,000. While this is an important bullish event, Bitcoin price still needs to close over $50,958 on a daily basis to indicate the start of a new uptrend.

A move like this may put you in the range of $55,210 and $56,670. A rally that converts these resistance levels into support will signal buyers’ intent and push Bitcoin price back to the all-time high of $64,854 levels.

“Traded volumes remained modest, implying that there was no directional momentum. Markets remained bullish heading into the weekend, and this consolidation points to positive momentum as the week progresses. Edul Patel, CEO, and Co-Founder of Mudrex, a worldwide crypto trading platform, predicted a busy week.

While the recent rise is bullish, if a bullish close of over $50,958 is not achieved, the market will consolidate at $49,024 or begin a sluggish downturn. During the aforementioned sideways movement, investors should keep in mind that an upswing is probable.

On early Monday UTC time, the world’s largest cryptocurrency by market capitalization crossed the $50,000 milestone and is now trading at roughly $50,200. Around the middle of May, bitcoin’s price was hovering around $50,000.

Following a strong overall market recovery over the last two weeks, bitcoin’s price has risen to slightly below $30,000.According to CoinGecko data, Bitcoin’s overall market capitalization is once again approaching $1 trillion, hovering at $936 billion. Meanwhile, the price of Ether has risen above $3,330, its highest level since mid-May.

However, if Bitcoin price makes a lower low below $43,927, the bullish thesis will be invalidated, and a big downswing to $42,451 will ensue.

Since certain favorable occurrences have pushed the world’s most valuable currency, Bitcoin, past the $60,000 barrier, it remains to be seen whether the world’s and corporations’ embrace of cryptocurrencies will push Bitcoin above that mark.

Also read: PayPal to allow customers in the UK to buy, sell, and hold cryptocurrencies