Bitcoin struggles at $36k and we could fall lower

The current market sentiment is not that great as there is extreme fear and regulatory uncertainties. This begs the question of where Bitcoin could go next as it struggles at $36k. After falling below the critical level of $36.5k, the price tried to recover, and BTC tested the same level 4 times but could not move up. Even yesterday, Bitcoin tested $36.5k but fell back again and is now trading at $35k.

If we switch to the daily chart, we can see that even in the May crash, the price struggled for quite some time in this zone. When it couldn’t breakthrough, the price dipped further, and only after testing lower level rose again. So, even this time, we should be keeping an eye on lower levels like $32k, $30k, and $28k. 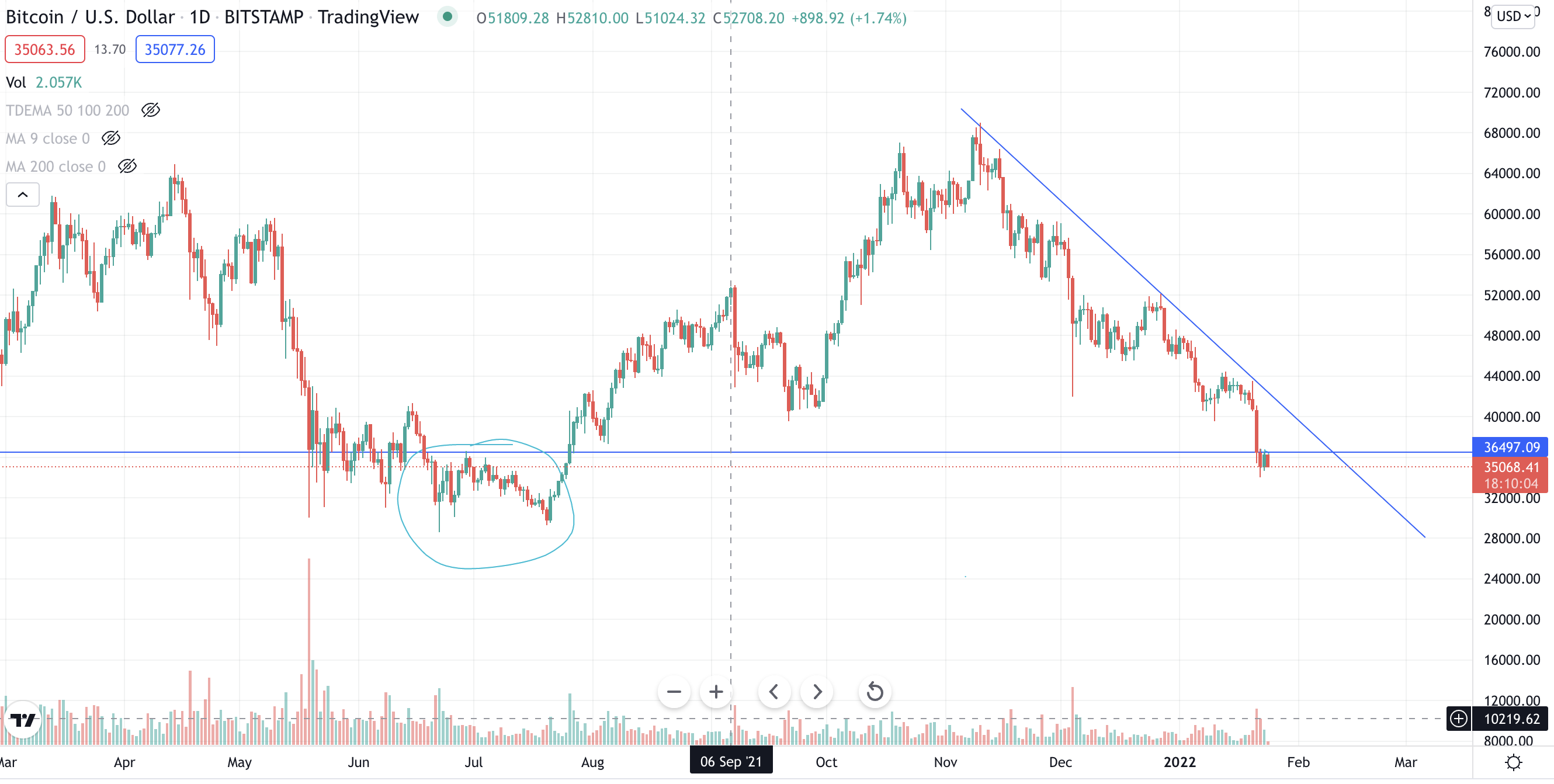 We can also see a trendline being formed which also suggests that we could move to $28k in the coming weeks if Bitcoin doesn’t break the pattern. However, there is some hope because as Bitcoin crashed to $34k recently, the RSI suggests that BTC is the most oversold since March 2020. So, there could be a bounce-back as bulls could take back control.

Analysts are saying that even after such a crash, there is still a lot of leverage in the market. And till it is flushed out, we need to be worrisome about the price action. Then, there is the fact that the feds are planning to increase the interest rates multiple times this year. This could reduce inflation and make Bitcoin a less attractive investment for many.

There is also the regulatory aspect that we all have been waiting for. If the US brings laws that help in the growth of Bitcoin and its adoption, then all great, but else we could again see a dump. In fact, the reports that Russia could ban crypto could also create a lot of problems in the market. Recently, even Switzerland’s largest bank UBS said that we could even see a crypto winter.

What are your thoughts as Bitcoin struggles at $36k and there are chances of breaking down? And do you think that we will see a crypto winter? Let us know in the comments below. Also, if you found our content informative, do like and share it with your friends.