Bitcoin will compensate investors who have been robbed by inflation

According to Michael Saylor, Bitcoin will compensate investors who have been robbed by inflation. MicroStrategy’s CEO, Michael Saylor, encourages Bitcoin (BTC) adoption at every opportunity he can.

The popular Bitcoin supporter is at it again, urging his Twitter followers who “feel robbed by inflation” to use the world’s largest cryptocurrency by market capitalization to regain their losses.

Bitcoin is thought to be an inflation hedge 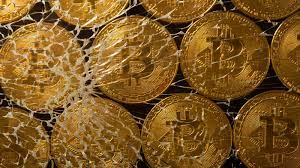 Bitcoin has been viewed as a hedge against inflation since the peak of the coronavirus outbreak in early 2020, which had a severe influence on global economies.

To mitigate the economic burden of the pandemic, countries like the United States were obligated to give relief monies to their citizens.

If you feel robbed by inflation, #bitcoin will give you your money back.

Although praiseworthy in some ways, the program increased worldwide inflation. People who owned fiat at the period had their money decline as a result of the huge production of banknotes, which was done to mitigate the pandemic’s effects.

As Bitcoin has a fixed quantity and will continue to rise in value as a result of these acts, many people are considering it as an inflation hedge.

MicroStrategy currently owns 125,051 bitcoins (BTC) valued at $3.78 billion as of February 1, 2022. MicroStrategy’s BTC holdings were valued at $5.6 billion at the time of publication. Saylor believes that choosing Bitcoin over gold was one of the smartest decisions he’s ever made.
If the MicroStrategy CEO had selected gold over Bitcoin, he would have made a multibillion-dollar error, according to him.

Michael  Saylor is one of the proponents who helped Bitcoin gain traction among institutional and corporate investors looking for a haven from rising inflation. Following MicroStrategy’s BTC buying frenzy, which began in August 2020, many businesses were forced to buy the world’s largest cryptocurrency out of concern of global inflation rising further.