Businesswoman Interviews Man She Met on Matrimonial Site! Udita Pal is the co-founder of Bengaluru-based Salt, a fintech platform that facilitates international transactions

Salt, is a Bangalore based financial technology start-up firm that is a neo bank that specialises in digital international payment co-founded by Ms. Udita Pal who made headlines, not for her company but for unorthodox method of hiring a certain employee. Her tweet went viral on all social media platforms after her dad confronted her about the entire incident.

Ms. Udita’s father has been coaxing her for a while to find a suitable man and get married. Her father sent her the biodata of a potential groom for her to check out and approve. To her father’s joy, she did choose to contact him! But not for the reason he assumed it was. She actually contacted him to interview him for an opening in her company. But, there’s another twist in the tale! 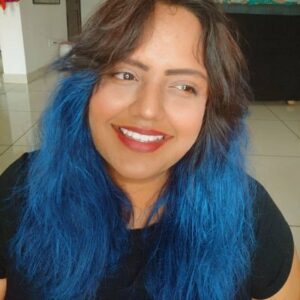 When her father discovered what her daughter did, he ended up messaging her about the act scolding her by saying that she shouldn’t have acted like this and this not what matrimonial sites should be used for and used the token dialogue, what will I tell everyone about your actions.

He said that he saw what she did and went to say that she had sent the man a link to attend an interview for her company and even requested him to email her his CV.

She replied to his messages saying that he has almost 8 years in the financial technology field. He’d be a great and valuable addition to the company. She even apologized to him in a not so sorry manner.

She took a screenshot of their WhatsApp conversation and captioned it by saying that this is what it looks like to be disowned by your own father.

She then replied to her tweet, starting a thread detailing about the demands the man had before he joined her company which included an annual income of Rs. 62 lakh per year, some employee stock options which the company just cannot make way for currently.

She went to say that her father ended up taking down her Jeevansathi Matrimony profile and then requested people of the internet to not be too hard on her and she’s a very sensitive person.

Currently, her thread has garnered well over a thousand likes on Twitter and many users have replied to it making jokes, laughing and praising her and the general youth’s ways of furthering their career and getting things done in an unorthodox manner.