Automobiles were a crucial element of the entire manufacturing ecosystem but now a specific segment has grabbed a lot of attention which is the used cars segment. The slow growth of automobile sector has brought this market an opportunity to expand and attract more & more customers as people now have a shift in their perspectives.

This has given scope for establishing certain platforms that provide a great mode to evaluate & select the best one in the desired range. One such platform Car Trade was in news on Monday as it received a funding of $ 25 million. This fund would bring certain noticeable changes in its valuation too. To know more; let’s get into the article.

The company has raised $ 25 million  or 184 crore from Malabar India & IIFL. The distribution of shares & investment can be understood from details below:

The company recently in March managed to touch a valuation of $ 967 million which is a little away from the needed unicorn valuation. Although, the company doubled its valuation in a very short span of time.

Probably; the company would try to earn the unicorn status in the coming few weeks as it has also converted the warrants into shares which will further add an amount of Rs. 57.3 crore. According to sources; a secondary transaction is also on the cards.

After this infusion; the company is officially the second-highest valued start up in the automobile segment. Cars 24 holds the first place and has secured a position in the unicorn club last year itself.

The company is planning to come up with long term resources that would help in expansion. It may also explore the opportunities in the financing business. Later in this year an IPO can be expected where the company plans to tap an amount close to Rs. 2000 crore.

It is in simple terms a platform where people interested in buying & selling new and used vehicles come together as a market. It operates both as business to business (B2B) & business to consumer (B2C). It was founded in the year 2010 by Vinay Sanghi. Their services are classified into two major divisions:

The application of the company has more than 14 million downloads and close to 10000 dealer partnerships. They provide facility to buy new & used cars as per your preferred city, brand and price. The major shareholding pattern of the company is as follows:

The used car market is showing a huge lot of possibilities due to the high growth rate for the coming span of 5 years. The presence of aggregators has also seen aa raise. The automobile segment has recovered slowly as compared to the used car domain after the pandemic. The possible factors can be social distancing & policies. 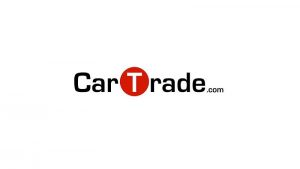 Social distancing has made people focus on less priced cars and policies like that in Delhi with respect to Diesel cars & disposition process prove to be an important factor. These have led to growth which will surely be more in the coming 10 years.