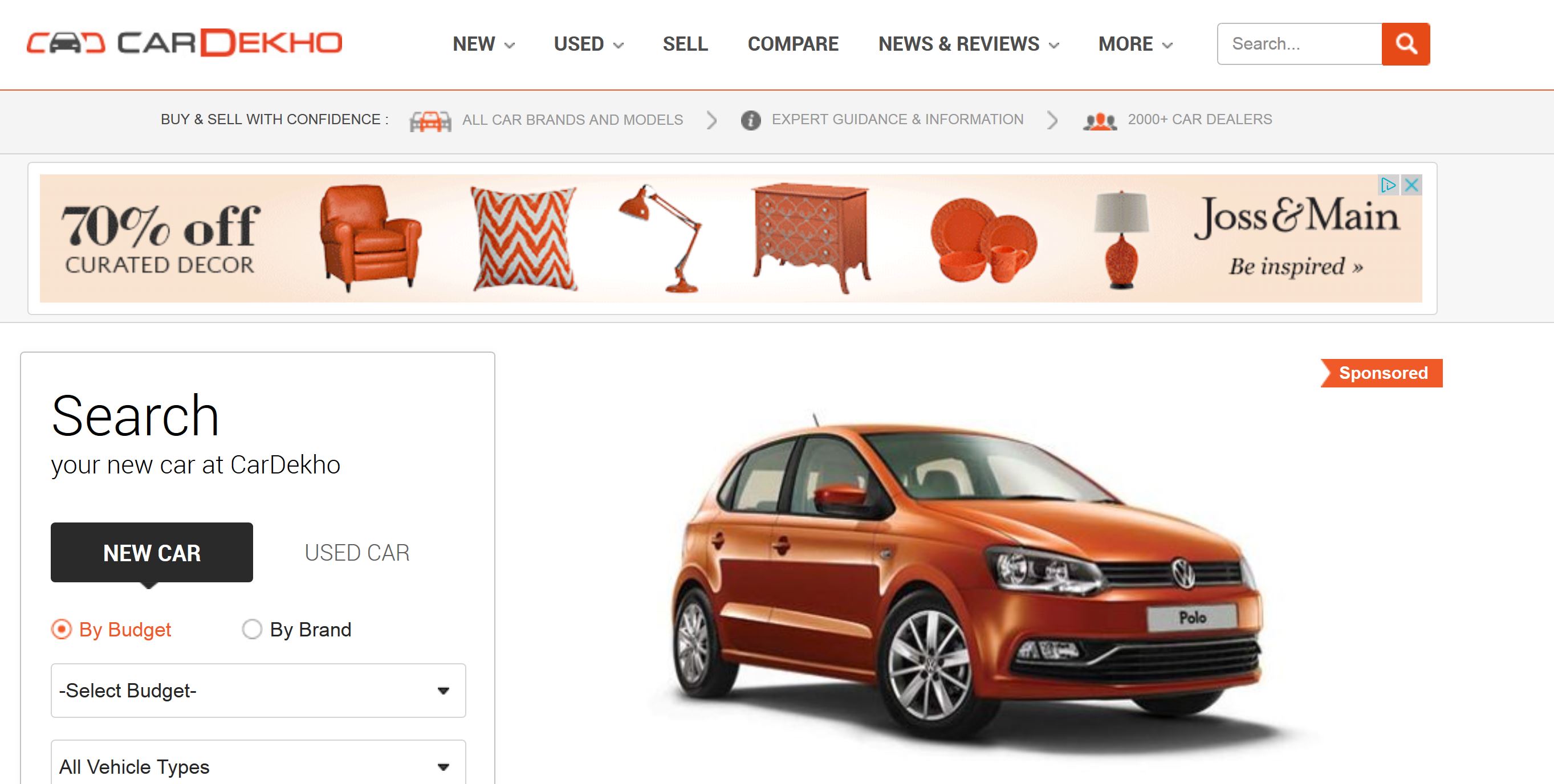 20th May 2015, New Delhi, India – CarDekho.com has announced the launch of its portal in the three most widely spoken languages in the country: Hindi, Tamil & Telugu. Part of Girnar Software, CarDekho.com has been in the news for acquisition of Gaadi.com & BuyingIQ, and having raised 300 crore rupees in its series B funding.

The vernacular sites can be accessed using the following links:

Its position as the number 1 auto portal will be further strengthened with the launch of these lingual sites. Commenting on that, Amit Jain, CEO & Co-Founder, Girnar Software said” We are constantly innovating to create great consumer experience in their search for cars. We crossed a record 152 million visits in the last fiscal. With more personalised experience, CarDekho.com is targeting an entire new set of audiences via the language sites so that we double our traffic within this fiscal year.”

The company went beyond using a a simple Google translate algorithm to convert the content into multiple languages so that it could maintain the delightful user experience of CarDekho.com.

Rahul Yadav, Product Head, CarDekho.com says “It became imperative to carefully translate every single word on the site. Since the technical architecture of the previous CarDekho.com site did not support multilingual & multi-regional capabilities, we built a new platform from scratch, to achieve this. All a user has to do, is choose the preferred language when they land at CarDekho.com”

CarDekho.com is a flagship portal of Girnar Software Pvt. Ltd. founded in March 2008. CarDekho.com is today India’s most popular and leading auto portal catering to the aspiring buyers, the proud owners, the auto enthusiasts and die-hard fans and dealers of cars across the country. CarDekho is currently drawing close to 17 million visits per month with 10 million unique visitors per month. The company recently acquired Gaadi.com, another top automotive portal & Buying IQ, a comparative shopping portal to add to its portfolio. Recent winner of the prestigious ‘Website of the Year 2014’ award, CarDekho.com has been presented with various tokens of appreciation by a number of esteemed institutions, including the awards for the ‘Best Car Website 2014’, ‘Most Popular Website 2012’ and ‘Website of the Year India’ given twice in a row – in 2011 and 2012. The portal won its first ‘Best Automotive Website of 2009’ award at the beginning of the journey.

Girnar Software is an IT company working on offshore products and outsourced software development. It picked up USD 50 Million in a second round of funding and is valued at USD 300 Million. The group company has recently partnered with the iconic Mr. Ratan Tata and will be taking advice for further business enhancement to take the auto classified segment in India to a global level. The group runs other successful portals such as BikeDekho.com and PriceDekho.com. The group’s vision is to be a multi-billion dollar company by 2020 with global footprint by creating innovative products and services.