Cawthorn can be fined up to $200 for failing to report the trading in cryptocurrencies such as bitcoin, Ethereum, Solana

The Republicans and Officials of USA are bound by laws.

What happens when an official fails to report? Let’s see with a recent incident.

Rep. Madison Cawthorn of North Carolina, a Republican, was recently found guilty of failing to file a report and breaching federal law prohibiting the purchase and trade of six different types of cryptocurrencies.

The reported value of the Cawthorn’s newly discovered crypto trade ranges from $290,000 to $950,000, according to his disclosure, which he filed after being reported to missing the filing earlier. 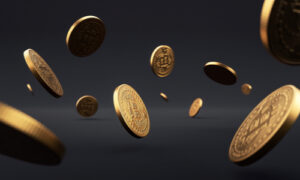 Cawthorn being an active investor in crypto market, went ahead and traded in Bitcoins, Ethereum and Solana. He also has reportedly traded in the anti-Joe Biden token “Let’s Go Brandon,” the native token of the Request Network and the token for automated trading platform Kryll.

Cawthorn is said to have been involved in a number of scandals in the past. The young republican, who lost his seat last month, stated in May that he had purchased up to $250,000 in “Let’s Go Brandon” coins in December 2021, according to Insider.

It’s worth noting that, while Cawthorn is not legally liable for buying and selling cryptocurrency, he did so more than six months after making the transactions. Cawthorn, on the other hand, disobeyed the legislation, which was intended to protect against conflicts of interest and limit insider trading. Cawthorn might be fined $200 for breaking the regulations. There’s also a good probability that the House Committee on Ethics will grant him a waiver, allowing him to avoid paying the fine.