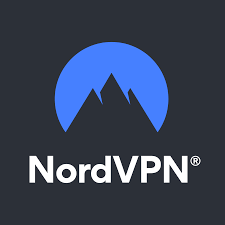 CERT-In Update: NordVPN Also to Remove Indian Servers VPN service providers have criticised the new directions under which they have to store users' names, IP addresses assigned to them, usage patterns and other data.

Due to this, NordVPN has taken the decision to shut down their Indian servers as they join a host of them leaving the Indian market. Prior to this ExpressVPN was the first company to close down the country’s servers and soon after Surfshark also said that they will be following on the footsteps of their competitor and quit the Indian market. This is after the company was looking to legally challenge the government of India and reinstate their rights back but it was to no avail. And now, NordVPN has also decided to deactivate and no longer run their Indian based servers.

NordVPN’s spokes people had said that the service is available now, but a blast notification will be sent to their Indian users on the 20th of June stating that they will be closing down soon.

The 3 companies that left the Indian market are some of the biggest players in the VPN service providing industry and it will cause a major dent in the industry in the country now.

According to the new rules, the VPN companies are to collect and store the data of their users in India for at least half a decade. Many of the companies are against this rule as they are not built in a way to collect and store any type of consumer data. Furthermore, the entire point of people using VPNs is so that their privacy is ensured and does not go to the government or any sort of third party. So, this is a clear violation of the basic principle of VPNs in the country.

The spokes people of NordVPN said that the rules that have been set by the government of India is that of an authoritarian regime and that these new rules restrict the freedom of businesses in the sector and does not allow them to operate freely. It seems like the government will not stray away from their rules and only time will tell about the industry’s future in the country.