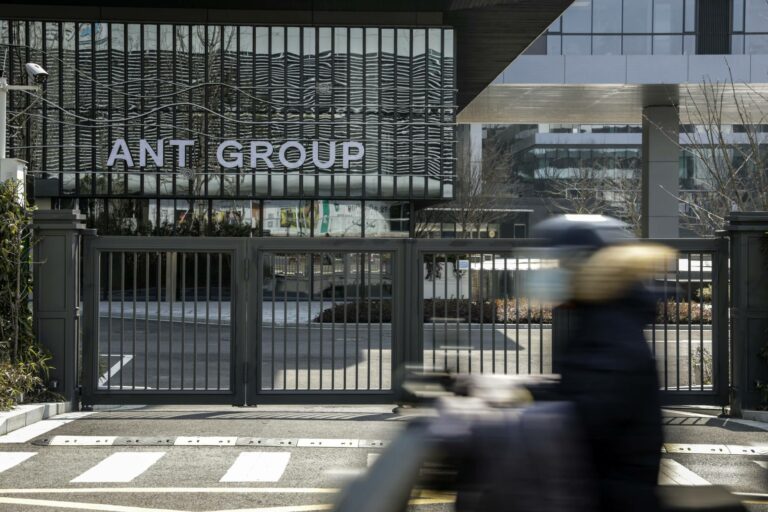 The Ant Group Co. headquarters in Hangzhou, China, on Monday, Feb. 21, 2022. Chinese authorities told the nations biggest state-owned firms and banks to start a fresh round of checks on their financial exposure and other links to Ant Group, renewing scrutiny of billionaire Jack Ma's financial empire, according to people familiar with the matter. Photographer: Qilai Shen/Bloomberg
Home
Business

According to sources familiar with the case, Chinese authorities have directed the country’s largest state-owned enterprises and banks to do further checks on their financial exposure and other ties to Ant Group Co., renewing scrutiny of billionaire Jack Ma’s financial empire.

According to the sources, who asked not to be identified because the topic is confidential, multiple regulators, including the banking watchdog, recently urged institutions under their supervision to rigorously evaluate all exposure they had to Ant, its subsidiaries, and even its owners up to January. According to those who spoke with them, this was by far the most detailed and wide-ranging investigation of Ant agreements, and institutions were informed they needed to submit their findings as quickly as possible.

Alibaba Group Holding Ltd., which owns a third of Ant, fell 5.1 percent at the open in Hong Kong on Tuesday, approaching a new low since its Hong Kong debut in 2019. According to the people, it is unclear what prompted the extra inquiry or whether it would result in any actions or findings by authorities. According to two of the sources, the campaign is being led by the National Audit Office. The China Banking and Insurance Regulatory Commission and the top auditor did not respond to demands for comment right away. Ant refused to comment.

More than a year after the Chinese government snuffed down Ant’s largest IPO in history, Beijing has shown no signs of relenting in a crackdown that has snowballed into an assault on every part of China’s technosphere. As President Xi Jinping pushes for more “common prosperity,” officials have handed out billions of dollars in antitrust fines to remove the dominance of a few heavyweights.

Ant was the hardest struck of all. Beijing cancelled the fintech behemoth’s $35 billion IPO in November 2020, forcing it to restructure sectors such as lending, insurance, and wealth management, as well as establish a financial holding company to be regulated like a bank.

Ant has increased its capital base to 35 billion yuan ($5.5 billion) as part of the restructuring and moved to construct firewalls in an ecosystem that once allowed it to funnel traffic from Alipay, which has a billion users, to businesses such as wealth management, consumer loans, and delivery.

Consumer loans produced in collaboration with banks were separated from its “Jiebei” and “Huabei” brands. Assets under administration at Yu’ebao, the world’s largest money-market fund, fell by more than a third last year to 765 billion yuan by December.