Coinbase in an exploration streak, as it plans to open its operations in European Market

The crypto crash that happened in May, truly massacred the institutions that deal with crypto currencies. Billions of dollars wiped out in the market due to the market implosion. The world’s most capitalized cryptocurrency bitcoin, lost around 70% of the value from its peak in the November last year.

Crypto exchange giants such as Coinbase, went on to lay-off 18% of their workforce to withstand the deadly market situation. Many crypto experts even believed that, the market is entering into a phase called Crypto Winter, possessing the risk of wiping out the entire market.

On June 13, Coinbase went on to announce the termination of 1,100 employees from its organization citing market situation as the reason. In the recent development of news, it comes to light that, Coinbase is planning to explore European crypto market and is planning to open its operations in countries like France, Spain, Italy and the Netherlands.

Coinbase’s Vice President of Business Development and Integration, Nana Murugesan claimed that the company is planning to expand in Europe and retail as well as institutional presence in the country. In addition to mentioning that the business has employed its first employee in Switzerland, Murugesan said that because sector valuations have collapsed as a result of the recession, the company will be considering acquisitions that will expedite its expansion goals. 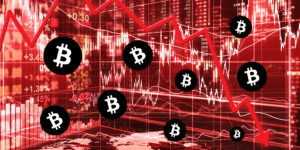 The crypto market implosion that happened in the month of May, is not looking to stop and has been consistently prolonged due to one reason or the another. Scandals including Terra USD and Three Arrows have influenced the market to stay at an all time low. Investors are continuing to fleet to dollars, as evidenced by 1.2% spike in the DXY since June 27.

Coinbase’s stock Coin is also in a negative flow.

Coinbase’s stock Coin is also facing the repercussions of the crypto market implosion massively. The share prices got reduced by at least 80% from its peak. Goldman Sach’s note to investors downgrading Coinbase, also played a key factor in bringing down the stock prices rapidly. Goldman Sach’s claimed that the company’s outflow expenditures remain a big concern. Coinbase anticipates a decrease from the prior quarter in both its monthly active users and overall trading volume in Q2. On August 9, the Q2 report is expected.

Considering the current market situation, the plan of expansion of the Coinbase’s branch in European market appears to be wrong. The main point to be considered is the recent lay off of the employees to cut the cost. Whether European market will help Coinbase or not, only time will tell.