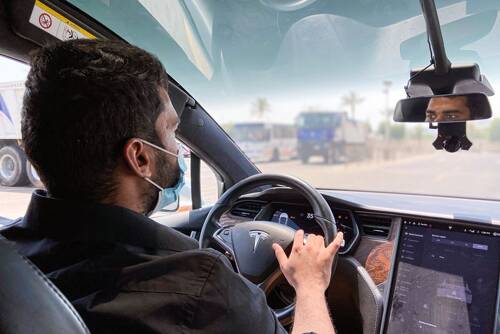 Automakers are transforming into technology as they are shifting towards electric vehicles. In 2022 Tesla has rolled out multiple over-the-air updates fixing various issues. Experts are concerned over the safety thresholds as automakers are in hurry about releasing updates, possibly leading to immature updates.

Tesla has led the over-the-air updates as it was initially started by them. All recalls issued by NHTSA since 2020 needed some physical fixes and among them, 37% were addressed through software updates. Initially, it seemed to be an impressive way to fix the vehicles, without the customer needing to go to a service center. However, questions are raising in recent times as smaller updates are being continuously evaluated and fixed. Tesla has issued software updates that can control vehicle performance, battery charging, braking, and infotainment functions.

Earlier this month, NHTSA ordered Tesla to issue a recall to prevent the “rolling stops” option. This feature was stated to have violated state laws and was considered a risk. Tesla’s CEO Elon Musk has a long history with the regulators denying that the option was a safety risk. Wrote on Twitter, “The car simply slowed to ~2 mph & continued forward if a clear view with no cars or pedestrians,” Regardless of the statement, Tesla recalled through a software updated and disabled the function.

However, Tesla’s risk-friendly culture and its desire to quickly release cutting-edge technology have also put it on a collision course with U.S. safety regulators, which have launched a string of recalls and investigations into the carmaker in recent months. The latest included the opening of a formal probe on Thursday into reports of unexpected brake activation.

A former Tesla validation manager who is now a consultant, said about the electric carmaker’s ability to issue remote updates. Stated, “There’s definitely the mindset that you can fix fast so you can take a higher risk,”

Furthermore, automakers are also competing with each other and rushing towards having such updates. Which could lower the safety thresholds. William Wallace, Magaer of safety policy at Consumer Reports stated, “Over-the-air software updates come with promise and they come with peril. Companies need to be really responsible.”

The dispute over Tesla recalls comes as the automaker faces increasing scrutiny by several U.S. agencies over its conduct and CEO Elon Musk’s personal behavior. Musk’s attorney on Thursday accused the U.S. Securities and Exchange Commission of an “endless” investigation to punish him for criticism of the U.S. government.