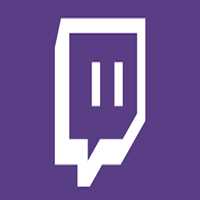 Content Creators To Stream On Other Platforms Besides Twitch
Home
News

Content Creators Decide To Stream On Other Platforms Besides Twitch

Streaming On Other Platforms

According to reports, Blevins, also known as American Ninja, said that, besides streaming on Twitch, he will also be simultaneously streaming on other platforms, namely Facebook, YouTube, TikTok and Instagram and Twitter. The announcement to stream on all other platforms seems to follow a pattern, as established by incidents which took place recently.

Reportedly, following a similar pattern Anys also announced the last week that, she is going to reduce the considerable amount of time spent on Twitch.

According to reports, the twitch platform offers, ways for people to watch people play games. The platform can also be used to stream almost anything which can be recorded by a camera. The platform was renamed twitch in the year 2014 after Amazon acquired it. Over the years twitch has spread its arms to stream other activities namely, cooking, vlogging etc.

As per the reports, one of the main reasons behind Blevins and Anys deciding to stream on multiple platforms is the reduction in payment. The creators are also deciding to stream their content on another platform as a cautionary measure, in an attempt to beat the unpredictable future lying ahead.

Reports say that Twitch recently asked such content creators that, those who do not have exclusive rights with the platform are free to stream their content on other platforms as well.

Anys, reflecting on her journey, recently said that, exposing oneself to a streaming platform, traps content creators in the feedback loop, where one receives more than a thousand comments about what people think of her. Anys, further added that during the initial years one is required to, discover one’s interest, however, due to the constant exposure, she gets little time to think about herself. The content creator says that now she is not as excited as she used to be earlier.

She further added that she must take a break, for her mental being. She says she is closing the previous chapter of her association with twitch. Belvin has also highlighted the case of mental health as one of the factors behind the decision.