The crypto market has had a sublime comeback after Evergrande made a deal to pay its debts and the Fed has signalled the continuation of its current monetary policy. 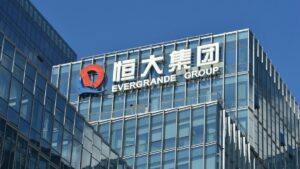 The crypto ecosystem showed signs of recovery on September 22 following a 48-hour patch that saw Bitcoin and altcoins sell to their lows. Investors in stocks and cryptocurrencies clearly have some worries about the possible bankruptcy of Chinese real estate company Evergrande. And, many are concerned that the possibility of default could trigger a global slump in the global market. financial market.

These concerns temporarily faced an allay after the real estate company was able to reach an agreement with its bondholders and technically avoid bond defaults, which helped spark a rally in the market. The crypto market had a lift in Bitcoin (BTC) to a daily high. at $44,000.

Data from Cointelegraph Markets Pro and TradingView shows that since hitting a low of $39,572 on the evening of September 21, Bitcoin price has rebounded 11.3% to an intraday high of $44,021 and The asset is trading at close to $43,400 at the time of writing.

The Bitcoin (BTC) price spike at midday comes following comments from US Federal Reserve Chairman Jerome Powell, who explained that the central bank plans to maintain its current monthly purchases going forward. near future. Powell also signalled that a rate hike could happen as early as 2022.

In addition to the developments regarding Evergrande, recent comments from the Chairman of the United States Securities and Exchange Commission (SEC). Gary Gensler, also weighed heavily on the market, as the regulator reaffirmed intends to order the SEC to crack down on cryptocurrencies. and the stablecoin market is growing.

Bearish market conditions followed these comments all but dissipated on Wednesday as a market-wide recovery began to take shape after the Fed’s comments continued into the afternoon and were led by Bitcoin’s rally to $44,000 and Ether (ETH) rally to $3,000.

Evidence of Evergrande’s broader impact and regulatory concerns on the market is reflected in the Crypto Fear & Greed Index, which once again

records extreme fear after being neutral last week and in the extreme greed zone in August.

The market reversal on September 22 helped push the prices of most of the top 200 cryptocurrencies. Stablecoins were an exception. Which are in the red as traders look to cash out and open new positions.

Other notable performances include Arweave (AR) up 22% and Perpetual Protocol (PERP) price up 21%.

The overall crypto market cap is currently $1.947 trillion and Bitcoin dominance is 42.1%.

The views and opinions expressed here are solely those of the author and do not necessarily reflect the views of Cointelegraph.com. Every investment and trading move comes with risks, you should do your own research before making a decision.