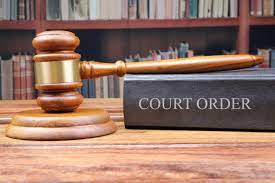 A Delaware court has pronounced its verdict on a 2019 court involving e-commerce platforms Shopify and Express Mobile. Shopify was sued by Express mobile saying after it pleaded before that court the Delaware’s Court that it did not infringe the patient. Express Mobile contended in the court that, the tools used for building a website by Shopify violated its patent. The order was made public on Thursday.

What Did the Court Rule?

The Delaware court noted that Shopify owes Express Mobile $40 million dollar for violating the patent rights. The three patent violations relate to mobile-website technology. Shopify had argued in the court that the patents are invalid, but the argument was rejected. According to reports, besides Shopify, Express Mobile has sued around 12 tech companies, including Google, Meta and Amazon for violations.

What Does Shopify and Express Mobile Deal With?

According to reports, Shopify provides assistance in selling small, medium, and large size businesses selling their products online. Shopify requires enterprises to purchase the service on a contract basis to sell their products online. Shopify lets enterprises enable purchasing either through its website or directly through the enterprise website, blog or page. While Express Mobile defines itself as a modern web and mobile solution which makes settings on sites simpler to use. The company also deals in the integration of web and mobile services.

What’s Next For Shopify And Express Mobile

Shopify has expressed disappointment as well as shock at the order of the court. At the same time, the company also expressed confidence, in its stand that it did not violate the patent. A Shopify spokesperson said that it is planning to go to district court or appeal against the verdict.

Shopify spokesperson said Thursday that the company was “disappointed and surprised” by the verdict but is confident that it does not infringe and “intends to pursue the matter in the district court or, if necessary, on appeal.”

Express Mobile, on the other hand, said that the court verdict highlights the importance of the technology produced by Express mobile and it is clear from the verdict that Shopify has violated the patent of the company, as per the website of Express Mobile. According to reports, Express Mobile patents were developed by former IBM engineer, Steven Rambell.

Express Mobile attorney Jay Nuttall of Steptoe & Johnson said Thursday that the verdict showed the company’s technology is “an important and valuable improvement that was being used by Shopify.”