DMCA Claims Flames Up A String Of Reactions On Twitter

Twitter users are quite taken aback by the Digital Millenium Copyright Act(DMCA), the violation of which could lead to the accounts being locked. In a world where originality is priced a lot, copyright is of utmost importance. Thus it is only logical that a widely used and popular social media platform like Twitter will be extremely scrupulous and stringent when it comes to copyright infringement. However, some of the Twitter users were in for a shock when their accounts got locked due to the DMCA claims by copyright owners. Because sometimes, it is only after the lightning strikes that you realize that you are in trouble. 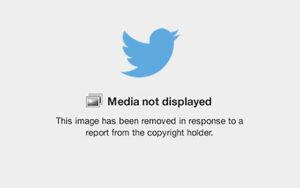 For the uninformed, according to the DMCA regulations, Twitter can deny access to an account on the reception of complaints from valid copyright owners who claim that a particular content under their ownership is wrongfully posted by you. Although access can be retained on the withdrawal of the said content, reception of multiple DMCA notices is a bad sign which can even lead to the suspension of the account. Thus it would be always prudent to be on guard as to what you post on the social media platform.

What brought DMCA to the forefront today is the event where the accounts of Ravi Shankar Prasad(IT Minister), and Shashi Tharoor(Congress MP) were locked by Twitter on account of a DMCA notice. Clearly, the respective individuals were taken aback and surprised by the act and to an extent, even infuriated by the same.  The IT minister’s account was locked for a duration of an hour after which access was granted. However, the tweet which is the reason for the violation of the act is still withheld adhering to the rules. The said tweet was posted in the year 2017. An action four years after will naturally be a surprise. Later, Congress MP Shashi Tharoor also stated a similar incident, and he wasn’t very pleased by the action from its tone.

Friends! Something highly peculiar happened today. Twitter denied access to my account for almost an hour on the alleged ground that there was a violation of the Digital Millennium Copyright Act of the USA and subsequently they allowed me to access the account. pic.twitter.com/WspPmor9Su

Clearly, the minister was not the least bit pleased.

Twitter’s actions were in gross violation of Rule 4(8) of the Information Technology (Intermediary Guidelines and Digital Media Ethics Code) Rules 2021 where they failed to provide me any prior notice before denying me access to my own account.

And the IT Minister was not the only one who was suddenly slapped by a DMCA notice.

Raviji, the same thing just happened to me. Clearly DMCA is getting hyperactive. This tweet has been deleted by @Twitter because its video includes the copyrighted BoneyM song"Rasputin": https://t.co/ClgP2OKV1o #DanceIsNotJihad pic.twitter.com/IqQD50WhaU
After process, a/c unlocked. https://t.co/TCeT8aGxV6

Although twitter acted in the users’ best interests, they still might be in for some trouble as the lack of any prior notice before denying access is an infringement of the IT Rules of 2021. The backlash even went on taking the tones of anger at the failure of the platform for being an open space that allows free speech.

It is kind of ironic how a grievance and anger against Twitter is posted on Twitter itself. Much like complaining to Twitter about Twitter. Although that is not a surprise, we have already established that we never run out of ironies these days. As DMCA began gathering attention, users took to their accounts to express their emotions ranging from plain surprise, shock, and anger to sarcastic disdain and rage. And inevitably, DMCA became the talk of the Twitter town. Here is a string of reactions and responses from Twitter.

While some exhibited fury, others were reveling in happy realization. After all, any new information is worth it.

PLS I DIDNT KNOW U COULD GET DMCA’D ON TWITTER LMAO pic.twitter.com/UoQtInTiB3

Some have already started eulogizing their accounts.

Oh by the way, I got striked once again about an old tweet from 2017 because DMCA song so if one day my account is blocked it might be the end but don't be sad.

If it does happen, I had lot of fun over here and I'm glad l could bring joy over Twitter, as much as l could!

Twitter prison has very lavish rooms, so be on guard.

oh yeah I was locked this morning because i posted a fortnite dance with music that got slapped with DMCA pic.twitter.com/TzEIPHwGEl

Questions are piling up and answers are nowhere in sight.

FOE champ @Twitter still hasn’t revealed 1) which Indian channel complained about the alleged copyright infringement, 2) which copyright was allegedly infringed & 3) why it didn’t notify @rsprasad about the complaint as #DMCA rules require it to.

Seems like DMCA was a sleeping beast who suddenly decided to wake from its stupor.

I JUST GOT A DMCA NOTICE FOR MULTIPLE RETWEETED VIDEOS WITH MIKROKOSMOS IN THEM yall be safe they are really reaching rn pic.twitter.com/4hbgQZyUIM

I got DMCA'd over some shots I posted 2 years ago. Who mad? 🤣 pic.twitter.com/2SIsl7ByIL

twitter trying to get rid of me… them dmca claims becoming frequent.. pic.twitter.com/p9iufUl1iw

Always be scrupulous before posting. It is no fun being locked out of your own account.

I've been on this app for over 10 years and finally got my first dmca notice because I posted a video of Nyla singing BWL. Do yourself a solid go through all media and make sure that you have deleted any content with even a hint of someone's song in it.

Behaviors are highly complicated scenarios and on Twitter, people are waiting for an answer.

Well delete all your Dionysus videos as well, cleaned my acc yesterday but they got a DMCA claim for this one video 🙄🙄 pic.twitter.com/AqF6NAiXMV

Taking a philosophical perspective, there is nothing in this world that is completely original ideally speaking. However, since we do not live in an ideal world and for the same reason, the above-mentioned philosophy can be twisted to get away from actual infringement of the policy, it is only logical that Twitter puts on rather hazy glasses while adhering to it. Thus it would be all the more prudent if we act with foresight and avoid our accounts ending up in Twitter prison.