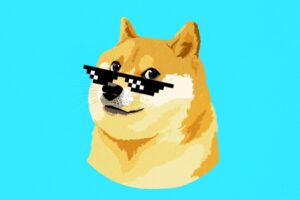 Twitter has undergone such evolution on the meme front that these days, memes and Dogecoin almost have the same ring to it. After all, it is not very surprising given the fact that Dogecoin enthusiasts treat Twitter as their platform for catharsis. And catharsis they need quite badly. For, we are talking about a cryptocurrency that juggles hearts. Although that sentence has a romantic ring to it, the reality is far from romantic. Because, every time the graph falls, which is literally every time, those holding onto hope and DOGE, both enter a frenzied panic that almost takes them to the gates of insanity. And today, with the graph taking a downwards dive, there is equal parts excitement and equal parts panic. While some are quite concerned, others are convinced that it is only a warm-up before shooting for the stars or should I say, the moon? After all, it is only normal to slow down before gathering speed. Whether slow or fast, memes are at full speed now.

Twitter has almost turned into a mirror that reflects every nuanced mood swing of the Dogecoin enthusiasts. After all, these humans are tieing their expectations to a cryptocurrency that is on a rollercoaster ride, particularly with an affinity for the down dive. And today, quite naturally, Twitter is clustered with reactions and responses that reflect a spectrum of emotions ranging from good old humor and sarcasm to panic, hope, and expectation. Let us take a look.

🚨 #Doge Morning Update – we're at the end of our wedge pattern ready to breakout to the upside & head towards .36+ unless we continue to consolidate above .28 through the afternoon. #Dogecoins #crypto pic.twitter.com/IbZADWboJP

It cannot be denied completely.

Only those people appreciate dogecoin who bought it, unless it has no future. It is only a meme currency 😂😂#Dogecoins

There it goes again. The never-ending saga of ‘ifs’ and ‘buts’.

Does the king really need so much time to stand? Just asking.

If you're not excited by sideways consolidation that is this tight, with Bollinger bands getting this Tight, then I do not believe you understand the game you're in…#doge hasn't even started yet. Even at $1 #Dogecoins hasnt even begun Just #HODL the king is bracing to stand pic.twitter.com/NOnpZqXpq4

Calm is a very hard emotion to master when we are talking about Dogecoin.

Already time for the victory dance?

People who held a tight grip on those Dogecoins and Rode the Dip 💎🙌🏼 #Dogecoins #DogeCoinTo1Dollar pic.twitter.com/Gdiyvai3eC

No, that is not creepy at all.

Here is a visualization of the default emotion.

“I tried to sell but my touch screen on my phone doesn’t respond to these diamonds hands…” #Dogecoins #doge pic.twitter.com/y8lhFEXrNb