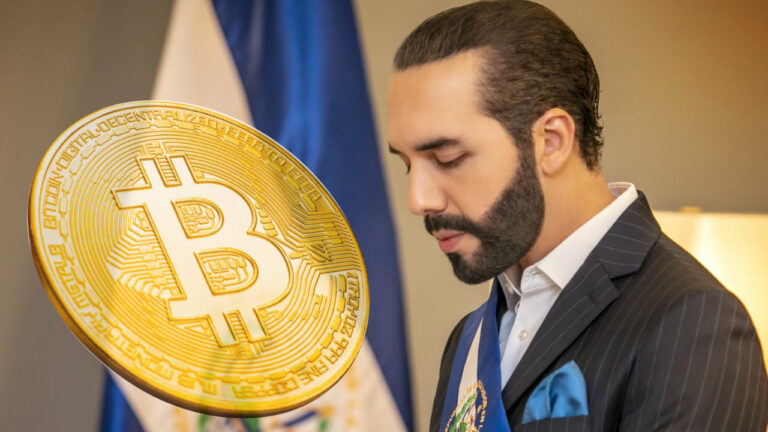 El Salvador purchased 420 Bitcoin worth $25 million, boosting its total Bitcoin holdings to 1120. Bitcoin plunged below $59,000 at one point on Wednesday, a two-week low.

President Nayib Bukele tweeted on Wednesday that El Salvador had added another 420 Bitcoins to its official holdings. The latest purchase brings Bulele’s total holdings to 1,120 coins. “It was a long wait, but worth it. We just bought the dip!” Bukele said.

It was a long wait, but worth it.

We just bought the dip!

After investors cashed in on the previous week’s run to a record of roughly $69,000, following the successful launch of the ProShares’ Bitcoin futures exchange-traded fund, bitcoin fell below $59,000 on Wednesday, its lowest level in two weeks.

“We have a trust fund account in USD, but the trust is funded by both USD and BTC. When the BTC part revalues in comparison to the accounting currency (USD), we are able to withdraw some USD and leave the trust with the same total,” President Bukele said in a tweet.

El Salvador is profiting from Bitcoin since it has a trust that owns both the cryptocurrency and US money, according to a Twitter thread started by Bukele. When bitcoin’s value rises, the government takes the profit out of the trust in US dollars.

We have a trust fund accounted in USD, but the trust is funded by both USD and BTC.

When the BTC part revalues in comparison to the accounting currency (USD), we are able to withdraw some USD and leave the trust with the same total.

El Salvador last bought bitcoin outright in September, when it purchased 150 coins. “If you buy the dips, they can never beat you,” Bukele stated in a tweet at the time. In September, El Salvador became the first government in the world to recognize bitcoin as a legal currency.

The government has even set up a Bitcoin mining facility that uses renewable energy from volcanoes to power the thousands of computers required to solve the complex equations that allow operators to “mine” the cryptocurrency. It was announced earlier this month that the first Bitcoin was mined utilizing this energy source.

El Salvador became the first country to embrace Bitcoin on September 7, 2021, when it became legal tender. The move has converted the Central American country into the world’s first national experiment in using the often volatile currency, which is gaining popularity among investors and speculators throughout the world.