According to an unnamed source, this makes the gym the first in New York to accept payment in digital currencies. On the new infrastructure, the company will collaborate with BitPay, a well-known cryptocurrency payment provider.

The move, according to the source, is in line with Equinox’s goal of reaching its members “wherever they are, both physically and online.” Nonetheless, Equinox must provide an official statement regarding the verdict. 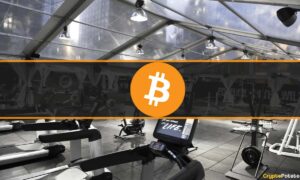 As a result of the pandemic-fueled economic depression, many walk-in companies, including gyms, faced significant sales declines. Recuperation is underway, albeit slowly. When compared to the same period in 2019, Equinox saw a 122 percent increase in sales in the first quarter of 2022.

Equinox is expected to have even larger revenues this quarter, with services starting at $250 and a new bitcoin payment mechanism.

Recent examples include Media Markt, a big European electronics store, and On The Run, an Australian convenience store chain (OTR). Customers of the latter will be able to use digital assets to pay for fuel, goods, and services in over 170 company locations across South Australia.

eBay has also dabbled with taking cryptocurrency payments. The business’s CEO has remarked that the company wants to communicate with younger generations more, and one way it can do so is by allowing them to pay with digital assets.

Rio de Janeiro hopes to be a part of this growing trend. In late March, it was reported that the city aims to be the first in Brazil to allow its residents to vote online.

According to Bloomberg Linea, the city of Rio de Janeiro announced that starting next year, residents would be able to pay IPTU (Imposto Sobre a Propriedade Predial e Territorial Urbana) with digital assets.

A City Hall document stated that the town would prefer to collaborate with organizations that specialize in converting cryptocurrencies into Brazilian reals. That is, once residents deposit bitcoin funds, they will be automatically converted to currency.

The mayor of the city organized a working group in January to examine how to expedite the use of cryptocurrencies to enhance the local economy.