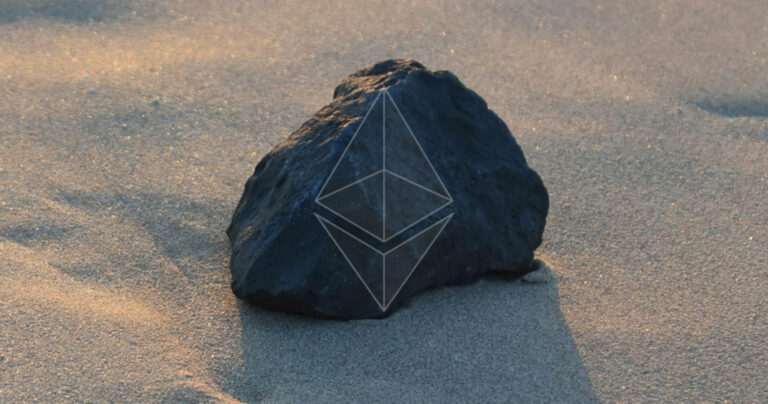 Among the expensive and popular NFT-collections like CryptoPunks and Bored Ape, is EtherRock – a set of 100 pictures of stones of the same shape, but different colors. The tokens in this collection are worth millions of dollars. But an NFT collector accidentally sold one of these that he wanted to place for $1.2 million, for a penny.

The NFT Rock Dust trader wanted to sell his EtherRock NFT  for 444 ETH, which at the time of writing is worth $1,143,082. Instead, he listed the value of the NFT as 444 Wei, the smallest unit of ethereal currency, making it out to less than one cent.

Wei is the smallest denomination of the Ethereum cryptocurrency; one ether (ETH) is equal to 1,000,000,000,000,000,000 Wei. And that means that an error in the denomination negated the price of the piece.
A previous piece of this rare rock had sold for $1.7 million.

Before the trader realized his mistake, he had practically lost his entire fortune, as he explained on Twitter.

“I just erroneously listed @etherrock #44 for 444 wei instead of 444 eth,” the NFT collector, @dino_dealer, wrote on Twitter.

They added, “Bot sniped it in the same block and trying to flip for 234 eth. In one click my entire net worth of ~$1 million dollars, gone. Is there any hope? Can snipers show mercy?”

“I instantly saw the error as my finger clicked the mouse but… it was instantly sniped before I could click ‘Cancel’ – and just like that, $250,000 was gone,” he told.

The NFT was bought immediately. The buyer paid an extra $34,000 to speed up the transaction, ensuring no one could snap it up before them. The Bored Ape was then promptly listed for $248,000.

Bots regularly scour NFT marketplaces like OpenSea and swoop in to capitalize on these mistakes. And unfortunately, the decentralized nature of cryptocurrencies means there can be little way to make amends or make a U-turn once a transaction has been executed.

It doesn’t help that sending crypto from one wallet to another usually involves a long string of letters and numbers — increasing the likelihood of a typographical error.

DinoDealer has attempted to reach out to the owner of the bot to get his Ether Rock back, appealing to their more generous side. However, it appears these messages have fallen on deaf ears so far — and worryingly, the victim has been approached by a number of suspicious individuals who are claiming to offer refunds.