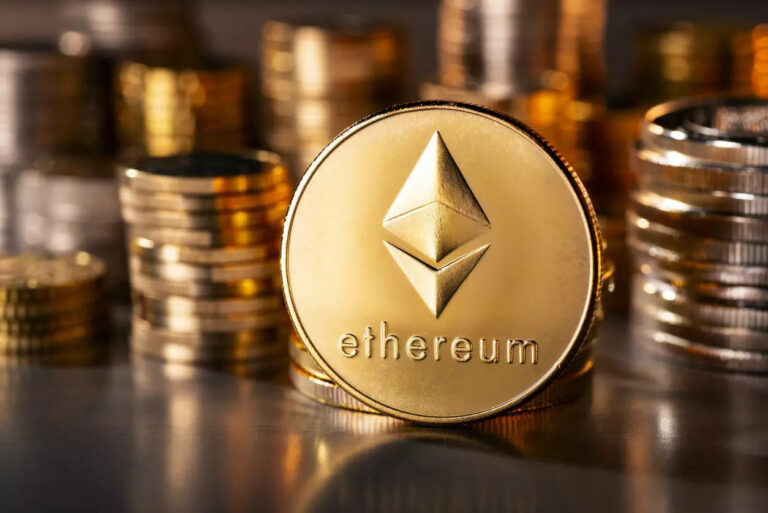 Everything You Need to Know About Ethereum Name Service

The white paper on the Ethereum Name Service contains the following information on ENS.

The Ethereum Name Service leverages its native cryptocurrency to at least partially fulfill its goal of making crypto wallet addresses easier to remember.

Despite the fact that it is still new at the time of writing, it has sparked a lot of attention. But what is the expected price of the Ethereum name service coin?

The Ethereum Name Server converts long and complex crypto wallet addresses into easy-to-remember words, similar to how the internet’s domain name service (DNS) converts web addresses from a string of seemingly random digits into a collection of words.

The technology has been operational for several years and was even funded by Ethereum. Despite the fact that the Ethereum Name Service is built on the Ethereum blockchain, it does not exclusively utilize ether. With the system’s wallets, you can send and receive almost any cryptocurrency, though the service’s annual costs are paid in ether. ENS, the system’s own cryptocurrency, is currently only utilized for governance.

The Ethereum Name Server converts long and complex crypto wallet addresses into easy-to-remember words, similar to how the internet’s domain name service (DNS) converts web addresses from a string of seemingly random digits into a collection of words.

The technology has been operational for several years and was even funded by Ethereum. Despite the fact that the Ethereum Name Service is built on the Ethereum blockchain, it does not exclusively utilize ether. With the system’s wallets, you can send and receive almost any cryptocurrency, though the service’s annual costs are paid in ether. ENS, the system’s own cryptocurrency, is currently only utilized for governance.

“ENS also supports the reverse resolution,’ allowing metadata such as canonical names or interface descriptions to be associated with Ethereum addresses,” the white paper continues.

“ENS has similar goals to DNS, the Internet’s Domain Name Service, but its architecture is significantly different due to the Ethereum blockchain’s capabilities and constraints.”

Even if past performance is no guarantee of future results, especially when there is nothing to rely on, it is worth observing how ENS has responded to various market actions over the last month or so if we are trying to piece together an Ethereum name service pricing history.

As of this writing, the Ethereum name service coin has been actively traded for just over four months. It was worth $33.66 when it was released on November 9, 2021, and it rebounded from an intraday low of $22.92 to conclude the day at $43.66.

The fact that the ENS token quickly reached an all-time high demonstrates the intrinsic volatility of the cryptocurrency market, if not of the ENS token itself. It attained an intraday high of $84.78 on November 10th, only a day after it began trading then plummeted to a new low. To put it in perspective, it had nearly quadrupled in less than 24 hours.

Part of this was due to some good news for the coin’s early adopters on that day, when Ethereum Name Service airdropped cryptocurrency into their wallets based on how much they had on October 31. As a result, some users who had purchased wallet domain names through the business reaped significant financial rewards, generating significant interest in the coin. It reached a new high the next day, with an intraday tally of $85.69 serving as its current all-time high.

The rest of the month witnessed a downturn, which is normal with new cryptocurrencies and would have made predicting the price of Ethereum Name Service difficult; it spent the next several weeks swinging between the $30s and the $50s.

While the price hovered above $80 for a while, it then plummeted and spent much of early December trading in the $50s, until sliding back to roughly $48 on December 9th afternoon.

The coin has suffered as a result of the prolonged bear market. The coin stopped trading above its launch price on January 7, 2022 and began to fall. The coin reached an intraday high of $18.54 on February 16, 2022, but it quickly fell from there, with the bottom occurring on February 24, when market concerns about Russia’s invasion of Ukraine drove it down to $12.01.

Following that, despite an attempt to oust ENS director Brantly Millegan over prior tweets that his critics claimed were homophobic, racist, sexist, and antisemitic, ENS was trading at around $15.35 on the afternoon of March 17, 2022.

Out of a total supply of 100 million ENS, 20.2 million were in circulation at the time. It now has a market cap of $310.57 million, making it the 157th most valuable cryptocurrency.

The Ethereum Name Service (ENS) is a service that Cryptocurrency price forecast
So, what do you think the price of the ENS coin will be? Remember that many crypto forecasts are frequently incorrect, at least in the long run. Crypto predictions are frequently made using algorithms that do not reflect all market conditions.

Who is in charge of ENS?

The initiative distributed ENS tokens to users of the service in November 2021 and created a decentralized autonomous organization, or DAO, to run it. (True Names Limited is the legal entity linked to the DAO.)
ENS token holders can use their assets in the same way that corporation shareholders can; they can decide on price, protocol updates, and how money is managed inside the treasury.

The introduction of ENS tokens also resulted in the project’s funding strategy shifting away from grants.

On crypto exchanges, ENS tokens can be traded for US dollars and other cryptocurrencies, giving the project’s developers a financial lifeline.

What makes it so unique?

The ENS is built on Ethereum’s smart contracts, making it more secure, private, and resistant to censorship than the internet’s Domain Name Service (DNS) (DNS). The ENS team considers internet-naming infrastructure to be a critical component that should be open, decentralized, community-driven, and non-profit. On a technical level, the ENS can leverage Ethereum’s current ecosystem, making it extremely customizable and capable of interacting with other smart contracts beyond naming.

What else stands out?

Unlike some of its competitors, the ENS does not want to replace DNS. The ENS is primarily concerned with enabling distributed, reliable name resolution for Web3 resources like blockchain addresses and distributed content. Namecoin, Blockstack, and Handshake, on the other hand, are attempting to replace DNS.

ENS is made up of two smart contracts behind the hood. The ENS registry keeps track of all domains and subdomains, as well as the owner’s information and a link to the Resolver, a smart contract that performs name-to-address or other resource conversions and vice versa.

First, according to WalletInvestor’s Ethereum name service price projection for 2022, the price will rise to roughly $1.67 in March 2023.

As can be seen from the above research, Ethereum Name Service (ENS) forecasts are somewhat conflicting. There is no general agreement on whether future ENS price fluctuations will be beneficial or negative. Indeed, the Ethereum Name Service projects’ future potential growth is dependent on a variety of circumstances, including announcements, new technology solutions, the crypto environment in general, legal status, and so on. We would like to remind you that you must conduct your own research before investing in any cryptocurrency (DYOR).