Everything You Need to Know About FC Barcelona Fan Token

Fans in a variety of sports verticals can use Fan Tokens to exert influence over their favorite teams, leagues, and clubs. Fans are empowered to engage in some club decisions through Socios.com, such as selecting a goal celebration song in a football stadium or deciding which fighters should compete in MMA, among other things. Holders of Fan Tokens have access to once-in-a-lifetime opportunities including player meet-and-greets, training day events, and much more.

Some of the world’s top sporting organizations, like FC Barcelona, Inter Milan, AC Milan, Manchester City, UFC, ROUSH Fenway Racing, and Aston Martin, are among the partnerships launching their Fan Tokens on the Socios.com platform.

What are Fan Tokens and how do they work? 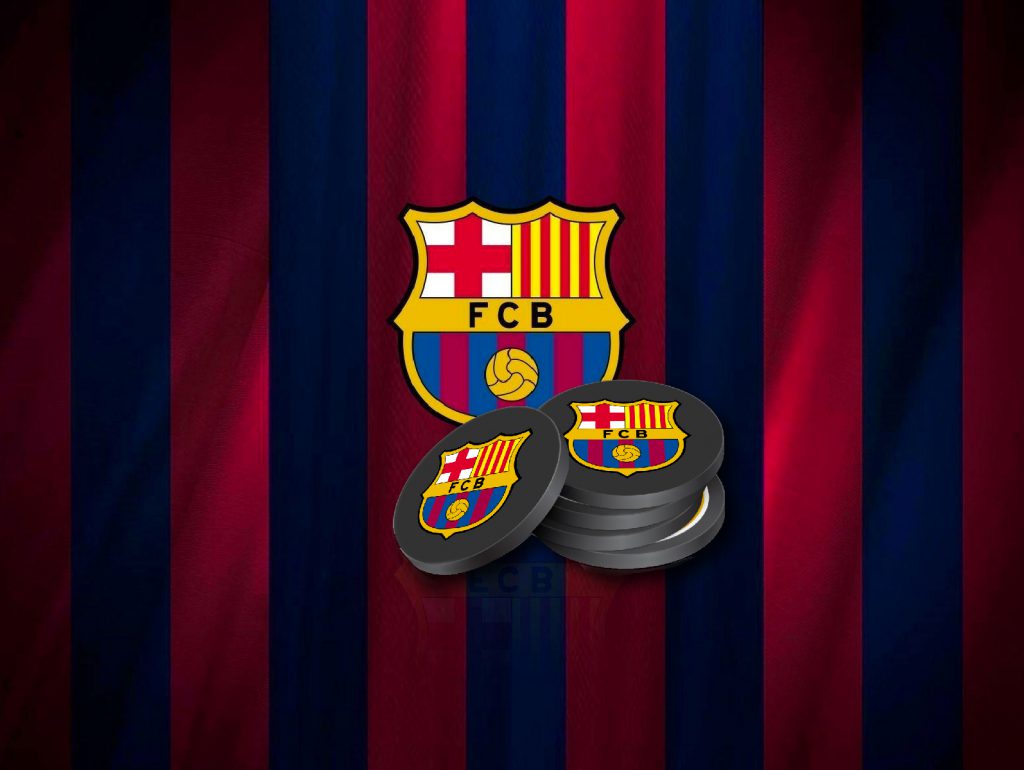 Chiliz ($CHZ) is an Ethereum-based ERC20 utility token that functions as the digital money for the Chiliz and Socios.com platforms. A new kind of token has arisen as a result of their network, which was launched with other sports blockchain companies – the Fan Token. Once a club joins the Socios.com network, they can participate in a Fan Token Offering hosted by yet-to-be-announced club partners (FTO). To obtain Fan Tokens, fans must first purchase $CHZ on a cryptocurrency exchange. These tokens are a finite, digital commodity that enables access to an encrypted ledger of voting and membership rights ownership. They are unique to a team or club.

What exactly is the Chiliz Chain?

Chiliz intends to upgrade the Chiliz Chain in the future in order to establish itself as a leader in the sports blockchain area, perhaps paving the way for NFT minting, staking, and much more.

Juventus FC, founded in 1897, has risen to prominence in both Serie A and international competition.
Futbol Club Barcelona, also known as Barça, is a Spanish professional football club headquartered in Barcelona, Spain, that competes in La Liga, Spain’s premier level.

The club, which was founded in 1899 by a group of Swiss, Spanish, German, and English footballers led by Joan Gamper, has become a symbol of Catalan culture and Catalan nationalism, as seen by its motto “Més que un club” (“More than a club”). Unlike many other football clubs, Barcelona is owned and operated by its fans.

Barcelona was top in the International Federation of Football History and Statistics Club World Ranking in 1997, 2009, 2011, 2012, and 2015, and is now placed fourth in the UEFA club rankings as of 2021. petition. The club has won 50 domestic and 11 foreign titles as of 2020. The two-time UEFA Champions League champions – one among their many achievements – have a reputation for aggressive development and growth, as well as being a consistent threat on the pitch year after year.

These are the digital assets that can be purchased through the Socios.com app, which will reward fans from all over the world for their participation in the app’s activities. They can climb leaderboards and collect reward points, which they can use to buy rare products and participate in once-in-a-lifetime events. Fans of the $BAR Fan Token may also look forward to a variety of new and exciting features, such as chat, fan token trading, games, and community challenges.
The Barça Fan Tokens were developed in conjunction with Chiliz, the world’s leading blockchain-based sports and entertainment fan engagement platform. $BAR, Barça’s only official token, was created with the purpose of drawing a broader global audience and allowing fans to interact with their favorite football team wherever on the globe.
Barça Fan Tokens were introduced in June 2020, with each $BAR costing €2 at the time of release. All 600,000 tokens were purchased for a total of $1.4 million within hours of their release.

Since then, $BAR token holders have used polls to influence a slew of important and entertaining club decisions.

Token holders were given the chance to vote on a range of topics, including the design of a new mural for the team locker room, the matchday playlist, and the captain’s armband statement.

Furthermore, 22 lucky $BAR token holders were picked to play for the first time at Camp Nou, and the fan token holders affected the first fan token exchange of $JUV and $BAR between Juventus and Barça team members.

What is the FC Barcelona Fan Token (BAR) and how does it work?

The token works in the same way as most other fan tokens. Instead of using the Ethereum network, the Socios platform uses Chiliz, its own blockchain technology.
Socios.com and Chiliz Blockchain

To gain unique prizes and experiences, token holders must participate in surveys and polls related to the club’s daily activities.
Characteristics of the FC Barcelona Fan Token (BAR)
As a member of the culé squad, you may connect with the club you love from anywhere in the world.

You Can Influence Club Decisions With Just One $BAR
To strategize influencing your favorite team’s and club’s actions and enter the Fan Rewards contests, you only need one token. Some fan prizes, on the other hand, may require more than one token to be eligible.

Benefits for VIPs
Fan tokens provide you access to excellent privileges, including VIP hospitality access to Camp Nou, where 22 fans were picked to play a game, the chance to meet your favorite Barça players and even obtain thrilling signed products from them, and much more.

Important Poll Decisions: Vote
Your tokens provide you the ability to participate in crucial polls presented by the Socios.com app. You can only vote once every poll, however, the weight of your vote is dependent on how many Fan Tokens you have. If you have 20 Fan Tokens, for example, your vote will be counted as 20. Each poll is limited by the club to a particular number of Fan Tokens.

After voting in a poll, these tokens are not spent, but acquiring more fan tokens will raise your club’s influence and present you with exclusive incentives.

Bonuses in $BAR
All home league, cup, and European fixtures will be open to $BAR Fan Token holders. But that’s only the beginning; you can also get signed memorabilia, sit in on a game with a club legend, or fly with the team to an away game. You may earn fan incentives on the Socios.com app by taking quizzes, playing games, and voting on club decisions.

How do I get my hands on a Barcelona Fan Token ($BAR)?

Getting tokens from your favorite soccer club is far simpler and quicker than you might imagine.

To purchase Barça Fan Tokens, fans must use Chiliz ($CHZ), Socios.com’s digital currency. Fans can buy $CHZ through the Socios.com app or by sending money from their digital wallet. Fan Tokens can also be purchased at Chiliz.net’s store.

The overall token supply for $BAR is 40,000,000, with about 3,551,675.00 BAR circulating among club supporters. The remaining tokens are held by BAR, which may be gained by participating in community events through the Binance Launchpool or by purchasing them directly on exchanges.

The FC Barcelona token was ensnared in the crypto market bear run, spiraling downhill after reaching an all-time high of $72.55 in April 2021. The transfer of Lionel Messi, the team’s best player and perhaps the best player in the world of football, to PSG didn’t help matters, as both the football team and the token’s value fell.

The BAR token, on the other hand, recovered a little in September, when Bitcoin hit an all-time high and the crypto industry as a whole was doing well.

The BAR token isn’t looking good right now, as it was trading in the $18 level in early November, but it’s been making lower lows on a daily basis and is currently trading in the $9 region.

The hire of a new coach and former club legend Xavi has boosted the Barcelona team’s performance, as they have continued to win, causing the BAR token to rise slightly. However, because the crypto market’s overall sentiment is gloomy, the BAR token’s downturn continues.

For many traders who want to buy a token at the bottom, this could be a buy signal.

Is it Worth It to Purchase FC Barcelona Fan Tokens?

Finally, when it comes to making an investment decision, you should always prioritize good logic above football passion. Sports fan tokens typically follow the team’s success as well as the crypto market sentiment, so it’s a good idea to DYOR and sees what crypto experts are saying while also keeping an eye on the football team’s performance on a frequent basis before making a final investment choice. Doing your own research helps you in making a sound decision and helps you make the decision wisely.

Thank you for reading my article. I hope you found it helpful and interesting. So share it with your friends and families who are interesting in investing and let me know your thoughts about the FC Barcelona Fan Token in the comment section.