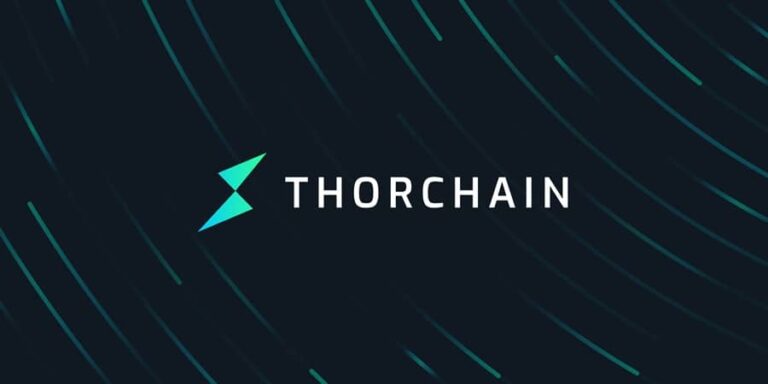 Everything You Need to Know About ThorChain

What Exactly Is THORChain (RUNE)?

THORCHain is a decentralized liquidity protocol that allows users to effortlessly swap bitcoin assets across a variety of networks while maintaining full custody of their assets.

Users of THORChain can simply swap one asset for another in a permissionless context, eliminating the need to rely on order books for liquidity. Instead, market values are maintained by the asset ratio in a pool (see automated market maker).

RUNE is the THORChain platform’s native utility token. Since THORChain nodes must commit a minimum of 1 million RUNE to participate in its rotating consensus process, this is used as the base currency in the THORChain ecosystem, as well as for platform governance and security as part of THORChain’s Sybil resistance capabilities.

THORChain was funded with an initial DEX offering (IDO) that debuted on the Binance DEX in July 2019. Its mainnet was originally expected to start in January 2021, however, a multi-chain upgrade is now scheduled for 2021.

Who Are the THORChain Founders?

According to a THORChain official representative, the platform has no CEO, founder, or directors. Instead, Gitlab is used to organize the platform’s future development.

Furthermore, people now working on the project remain mainly anonymous. Again, a THORChain official argues that this is to “defend the project and ensure that it can decentralize.”

A tweet from the project, as mentioned below, gives some light on the reasoning behind continuing a project with an anonymous team:

What Makes THORChain So Special?

THORChain employs a one-of-a-kind approach to help alleviate the issue of “permanent losses,” or the frequently transient losses that a liquidity provider may incur when contributing to liquidity pools. It accomplishes this by utilizing a slip-based fee to help guarantee liquidity remains where it is required.

To support cross-chain token swaps, THORChain incorporates a number of unique technologies, including on-way state pegs, a state machine, the Bifröst Signer Module, and a TSS protocol. This is all done behind the scenes, allowing even unskilled traders to use the site.

The platform is not for profit. There are no provisions for the team, and all fees produced by the protocol go directly to the users.

Instead, the squad is rewarded merely by holding RUNE — just like everyone else.

Currently, the RUNE token is available on many blockchains, including Binance Chain (as a BEP-2 token) and Ethereum (as an ERC-20 token).

How Many THORChain (RUNE) Coins Are in Existence?

As previously stated, THORChain was initially launched following an IEO on the Binance DEX. Twenty million RUNE were auctioned as part of the IEO. Previously, a total of 130 million RUNE were sold in previous investment rounds.

According to the official Binance DEX proposal, the team received 10% of the total supply (50 million tokens), which was frozen until the mainnet launch and then unlocked at a rate of 20% per month thereafter.

THORChain presently has an emission curve that begins at 30% APR. After ten years, the APR is expected to be approximately 2%.

How Secure Is the THORChain Network?

The Cosmos SDK was used to create THORChain, which is powered by the Tendermint consensus mechanism. This protects the network from attacks by utilizing a new BFT proof-of-stake (PoS) method in which a large number of validators collaborate to propose and finalize blocks of transactions.

THORChain’s smart contracts have also been examined by multiple third-party security firms, including Certik, which discovered no vulnerabilities.

Where Can I Purchase THORChain (RUNE)?
RUNE is a well-known cryptocurrency that can be purchased and traded on a wide range of centralized and decentralized exchange platforms. Binance (centralized) and SushiSwap are two of the most prominent (decentralized).

Many #THORChads are keeping an eye on the price of $RUNE, THORChain’s native currency, to see if the token will moon.

Many users are already avidly exchanging RUNE and other tokens on the site in search of the next big deal. What effect does all of this trading have on the native token’s price?

The Most Popular THORChain Trading Hours

In general, late October was a favorable moment for trading in the THORChain ecosystem. According to @thekakamora’s submission, trading volume peaked on November 1 at around 4:00 a.m. Other notable spikes could be noticed on October 27, 2021, at 8:00 AM, and again on October 22, 2021.

The Effect of THORChain Trading on the Price of $RUNE

So, how does all of this trading and swapping affect the $RUNE price? It’s an especially pressing question in light of increased trading volume in late October and early November, followed by yet another THORChain interruption later in November.

As @sem1d5 points out in this contribution, in the days and weeks preceding up to the May crash and the THORchain exploit that followed, buyers outnumbered sellers. However, we can see over time that these buyers are only purchasing modest amounts of $RUNE, especially when compared to sellers.

Storming From Chain to Chain in THORChain

THORChain is an automated market maker that was first described in a white paper three years ago.

But, like its Norse-God namesake, THORChain provides a remarkable power that few other protocols can match. Instead of summoning massive bolts of lightning at will, THORChain can accomplish something arguably much more impressive: it can permit cross-chain exchanges.

Users may “change freely from one chain to another, one asset to another” via THORChain, according to Barraford. This entails communicating on a decentralized AMM exchange, similar to many other popular DEXes, with real money rather than wrapped coins or other imitations.

Storming From Chain to Chain in THORChain

THORChain is an automated market maker that was first described in a white paper three years ago.

But, like its Norse-God namesake, THORChain provides a remarkable power that few other protocols can match. Instead of summoning massive bolts of lightning at will, THORChain can accomplish something arguably much more impressive: it can permit cross-chain exchanges.

Users may “change freely from one chain to another, one asset to another” via THORChain, according to Barraford. This entails communicating on a decentralized AMM exchange, similar to many other popular DEXes, with real money rather than wrapped coins or other imitations.

RUNE was selling at around $12 in the days leading up to the launch of THORChain on April 13. The protocol’s launch has sparked significant speculation, with the price peaking at around $20.80 on May 18 before decreasing during the current market turmoil. It was trading at around $10 at the time of publication.

Is Your Permanent Loss Slipping Away?

However, cross-chain trades aren’t the only ability that THORChain provides. It also addresses two concerns that have long plagued exchanges and the liquidity providers who power them: slippage and temporary loss.

Slippage has been minimized by THORCHain and RUNE by allowing users to upload an equal quantity of any token supported by the platform and immediately begin earning trading fees. This encourages more liquidity providers to join the pool and participate in the system, aiding in the reduction of price volatility.

On July 15, THORCHAIN took to Twitter to herald the debut of THORWallet, ushering in a new storm.

What precisely is THORWallet? It’s a non-custodial wallet that “enables swaps of Layer 1 tokens in a decentralized method with no middleman,” according to the team’s release. Most importantly, it allows for the exchange of real assets and tokens rather than wrapped goods.
THORWallet also offers users to earn income by investing in liquidity pools or a soon-to-be-released multi-chain savings account, allowing users to earn Bitcoin yield.

According to the THORCHAIN team, the goal is to give “people the opportunity to engage in the DeFi space in the simplest way possible, directly from your mobile phone.”

THORCHAIN HAS BEEN BREACHED BUT PROMISES TO MAKE USERS WHOLE

THORWallet users were left monitoring their wallets just a few days after the decentralized exchange experienced a multimillion-dollar leak.

According to some early estimates, the exploit may have grabbed up to 13k ETH. THORCHAIN, on the other hand, refuted this claim, claiming that approximately 4000 ETH — equivalent to approximately $6 million — was taken. It also stated that a “recovery plan is in the works,” and that it would ensure that anyone affected would be made whole, as well as that the network would be “stronger and more resilient.”