Everything you need to know about Twitter’s new tip feature

Twitter said on Thursday that users will soon be able to tip their favourite creators on the social media platform using bitcoin through the new tip feature.

In May, the firm launched tipping as a test feature to see if it could let creators earn money from their followers for the material they produce on Twitter. The business stated on Thursday that its Tips feature will be accessible to all Apple iOS users this week, with Android users the following suit in the coming weeks. 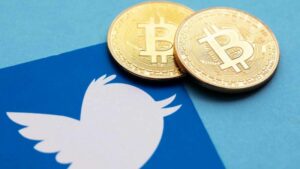 Users could previously tip with fiat currency using more traditional payment methods like Square’s Cash and PayPal’s Venmo. The Strike bitcoin lighting wallet service will be integrated with Twitter so that creators can earn bitcoin tips. Users will also be able to add their Bitcoin addresses in order to send and receive Bitcoin tips. Any money sent using Twitter’s Tips feature is not subject to a fee.

The addition of bitcoin to Twitter’s tip feature is unsurprising. Given that CEO Jack Dorsey is one of the cryptocurrency’s most outspoken proponents.

Dorsey has tweeted in the last few months that he is dabbling with bitcoin mining. He has stated that he believes there is nothing more important to work on than bitcoin. And, that he believes bitcoin will bring world peace.

Twitter also said on Thursday that it is testing a feature that will allow users to authenticate and display their collections of NFT digital assets on the social media platform. The company did not disclose much information or specifications about the blockchain project. But, stated that it is another option to promote digital art artists.

In addition to blockchain, Twitter has announced that it would introduce a creator fund. This Fund is for the users who host Spaces audio rooms in order to encourage more live audio events. Last year, the business introduced Spaces, an audio-only virtual space where users may hear and speak with others. The business expects that the new fund would encourage more people to utilise Twitter to stage live audio events.