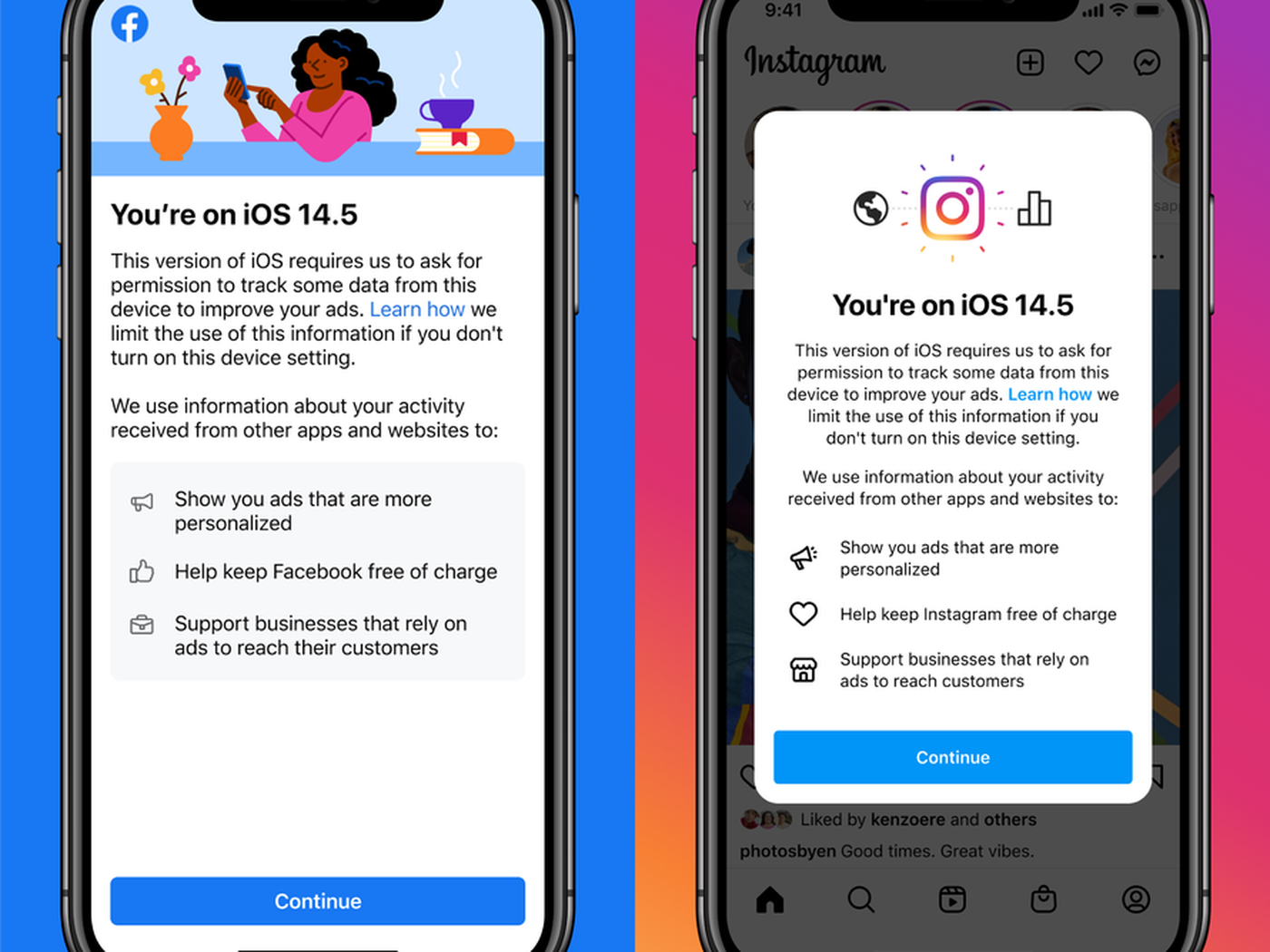 Facebook has been a vocal rebel against Apple’s latest privacy and security policy that comes with iOS 14.5. With this latest iOS update, the iPhone maker has enabled users to manually turn off ad tracking that apps use to offer personalised advertisements. It is a part of the deal within app terms and conditions that no user ever cares about but at the same time, ad tracking is so significant for these developers to run their advertisement businesses without active consent from users. In iOS 14.5, Apple has included a tab in settings where users can manually allow apps to continue ad tracking on their device if at all they wish to allow. Otherwise, users can completely turn ad tracking off for all apps and this tiny change has Facebook Inc. wining all over the place.

Facebook Inc. is continuing to take actions against this change that Apple has brought to the table with iOS 14.5 update and according to recent sources, it has been confirmed that Facebook and Instagram are sending notices to iOS users wherein it is mentioned that the information that it collects from other applications on one’s device can help keep Facebook and Instagram “Free of Charge”.

As mentioned in a report by The Verge, Facebook says that this latest version of the iOS i.e., iOS 14.5 requires the company to ask for permission to track data from user’s devices in order to improve upon their ads. Furthermore, the social media conglomerate explained that this information that they are tracking from other apps and websites are mainly intended to show users personalised and relevant ads so that small businesses can reach out to their customers with user-specific products. Facebook also mentions in the notice that allowing the company to track ads on their iOS devices will help keep Facebook free of charge.

Anyhow, Facebook is vocally criticising Apple’s move as it will directly affect small businesses who use ad tracking as a primary source to reach out to their customers. The Instagram owner mentioned in a press release that Apple is pushing new business models for applications so that they gravitate more towards subscriptions and less towards advertising and this would simply benefit Apple as they will potentially charge their cut.

Facebook’s help keep the company “free of charge” seems to be overkill as people are understanding the company’s tactic against Apple’s new ruling. Time and again, Mark Zuckerberg has confidently mentioned in statements over the years that there will always be one version of Facebook that is free and it is a slight double standard that the company is outrightly shaken by one small addition of a button by Apple.

Whatever it is, users still have an individual option to keep ad tracking on for Facebook if they wish to.